S. Korea's pollution-monitoring satellite to be launched in 2019 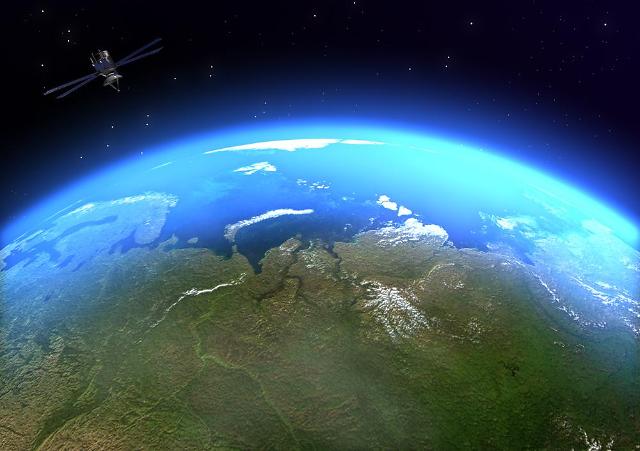 
A project to develop a geostationary orbiting satellite observing air pollution is well under way to meet the pre-set goal of launching it by 2019, according to a state research institute.

Geostationary satellites are ideal for observation as they float right above the equator, synching its orbital period with the Earth's. Many military and weather satellites orbit where they can watch, looking for any changes that might pose a threat.

The National Institute of Environmental Research (NIER) said in a statement that the development of its geostationary orbiting satellite has been under way "as planned". Once set in orbit, it would cover a wide area from India to Japan, tracking the movement of air pollution in real-time with its spectrophotometry sensor.

The NIER satellite will hover at an altitude of 36,000 kilometers (2,236 miles) above the equator to measure how much a chemical substance is in the air.

Since the project was launched in 2012, the institute has invested about 152.5 billion won (1,357 million US dollars). The satellite will be mounted by the Korea Aerospace Research Institute (KARI) into a space rocket for its trip to space. The rocket will be developed and manufactured in a joint operation involving KARI and the Ball Aerospace and Technologies Corporation of the United States.