Earthquake off N. Korea not caused by nuclear test: Yonhap 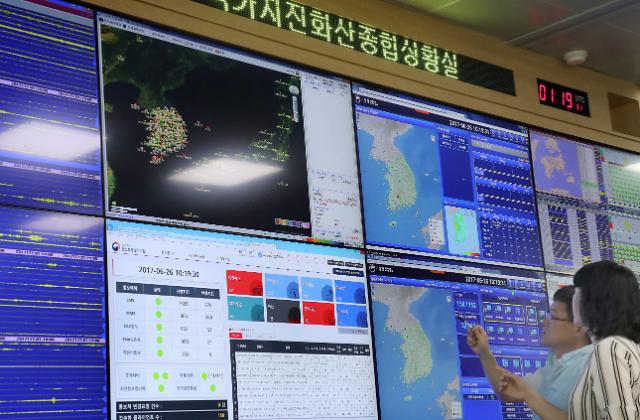 ​
A magnitude-5.8 earthquake that occurred off North Korea's east coast Thursday (local time) was not caused by a nuclear test, the US Geological Survey said.

The tremor occurred at 4:18 a.m. North Korean time at a depth of 537.6 km below the East Sea, 176 kilometers east-southeast of Hoemul-li, North Korea, the agency said on its website. The quake does not appear to have been caused by a nuclear test, a USGS official said.

"It occurred at 500 km below the seabed. There's no way it was caused by a nuclear test. It's a natural earthquake," John Bellini, a geophysicist at the USGS National Earthquake Information Center, told Yonhap by phone.

The European-Mediterranean Seismological Center reported Thursday's earthquake to be of magnitude 5.9. It occurred 537 km below the seabed and 193 km southeast of Rajin, northeastern North Korea, the center said.