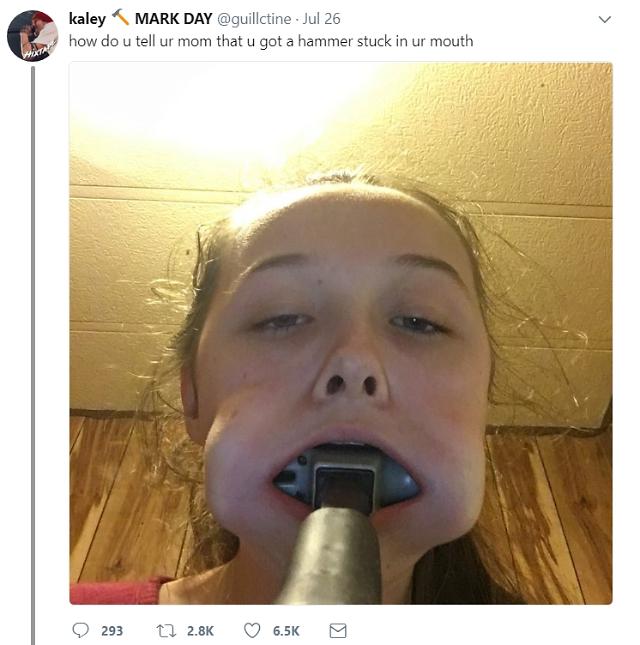 
An enthusiastic fan of BTS, South Korea's most popular K-pop group, shoved a hammer in her mouth in an expression of her eccentric affection towards the group.

The awkward situation took place when a 14-year-old Louisiana girl known as Kaley tweeted "so beautiful I could shove a hammer in my mouth". Soon, her friend challenged her to carry out the unthinkable performance with the hammer stuck behind the lips.

Kaley then uploaded another Tweet which brought a hilarious reaction from other Twitter users: "how do u tell ur mom that u got a hammer stuck in ur mouth." The tweet was shared thousands of times and the hammer found its way out of Kaley's mouth about 10 minutes later.