US troops allowed to complete THAAD deployment this week 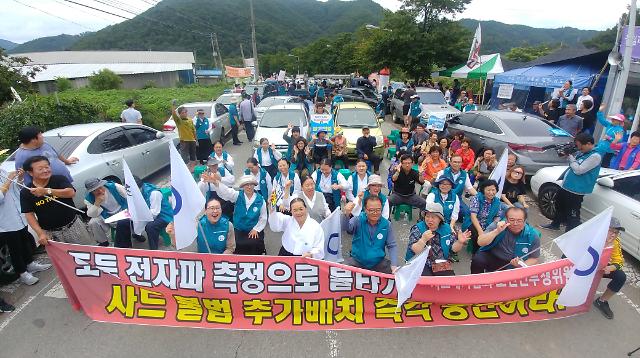 Activists and residents demonstrate in Seongju after setting up a barricade with vehicles to block the arrival of THAAD launchers. [Yonhap News Photo]


US troops were allowed to complete the deployment of an advanced missile shield this week in their new camp set up on a golf course as agreed at talks between US and South Korean leaders that followed North Korea's nuclear test, the defense ministry said.

Tension ran high around the base for a Terminal High Altitude Area Defense (THAAD) system in Seongju some 200 kilometers (124 miles) southeast of Seoul after the ministry agreed to push ahead with the deployment of four more THAAD launchers on Thursday along with construction equipment and related materials.

Hundreds of civic groups activists and villagers mobilized more than 20 vehicles and farm machines to set up barricades on roads leading to the missile base where two launchers were installed on April 26, according to Yonhap News Agency.

Four launchers have been kept at a US military camp since President Moon Jae-in ordered a full assessment of the missile shield's environmental impact.

The missile shield has strained ties between Seoul and Beijing. China insisted the THAAD system would "seriously" hurt strategic interests of China and other countries as well as the security balance in Northeast Asia.

Moon has launched a flurry of diplomacy to secure concessions from China. He has also tried to use the THAAD battery as a "diplomatic card" in negotiations with China and the United States, but the mood changed dramatically due to a series of North Korean missile tests.

In a telephone conversation with US President Donald Trump that followed Pyongyang's surprise nuclear test on Sunday, Moon promised to speed up the deployment of a full THAAD battery at the risk of fueling resentment in China.

In response to angry protests by residents and activists, the defense ministry described Thursday's deployment as provisional, saying an environmental impact assessment would be conducted. 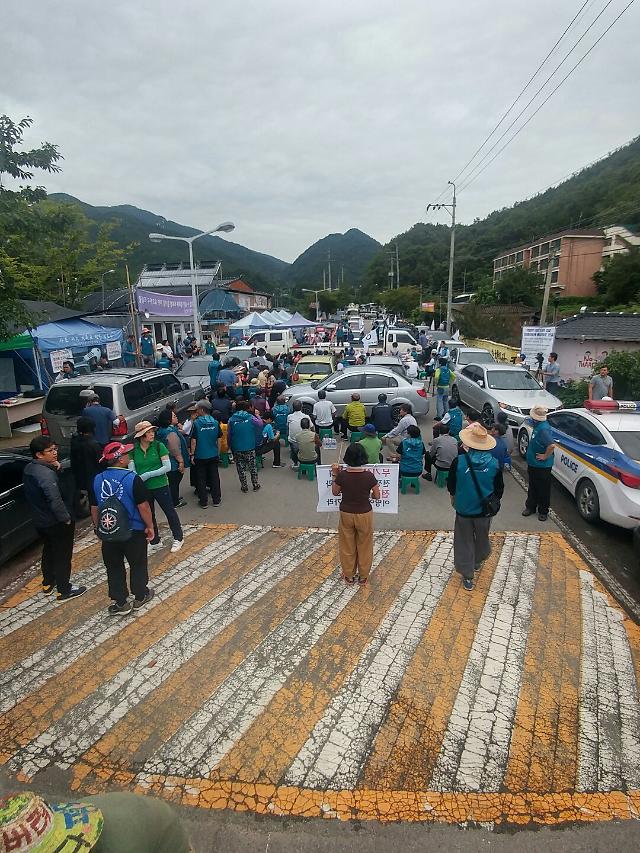 
The THAAD battery has been a sensitive diplomatic issue among China and other nations around the Korean peninsula. Local residents have opposed it for emitting strong electromagnetic waves. The missile shield consists of launchers, interceptors, a fire control and communications unit, and a powerful X-band radar.

South Korea has fenced the THAAD base in Seongju to stop protesters who insisted the missile shield would escalate tension in and around the Korean Peninsula. Residents argued their town would be the target of North Korean missile attacks. The missile shield has also caused China's economic retaliation.