BTS to advertise tourism for Seoul through global promotion 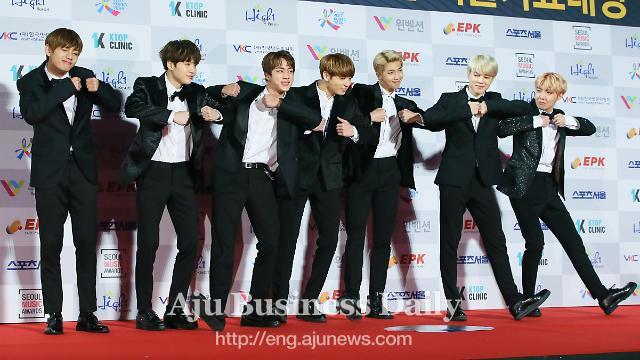 
Popular K-pop boy band BTS will promote tourism for Seoul in an advertisement which would be broadcast in about 100 countries over the world.

The Seoul city government said in a statement Thursday that the ad titled "BTS' Seoul Life" will be broadcast to about 100 countries through 1,000 TV channels and online platforms such as YouTube, Facebook and Yuku, this month.

"We aim to promote the true beauty of Seoul to the world by using advertisements starring BTS, the globally famous boy band," said Ahn Joon-ho, the head of Seoul's department of sports and tourism.

The ad shows BTS members visiting Seoul's scenic spots such as a riverside park, a sports complex in Jamsil and well-known restaurants to introduce the daily life of Seoulites, Ahn said. Through this worldwide promotion, BTS will act as Seoul's honorary ambassador to attract foreign tourists and continue various marketing activities.