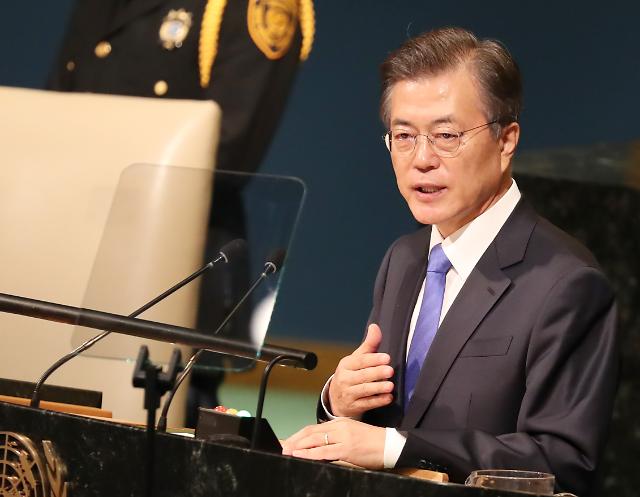 
Public opinion has been split over President Moon Jae-in's proposal to stop the construction of two nuclear power reactors despite strong support from young voters concerned about safety and environment.

On an order from Moon who has promised to replace old nuclear and coal-powered thermal power plants with clean and renewable energy sources, the cabinet decided on June 27 to stop the construction of two reactors, slated for completion in 2022 near the southeastern port city of Busan, pending public hearings and debate for three months.

Gallup Korea, a leading pollster based in Seoul, surveyed people four times for three months since an independent commission was formed to gauge public opinion on Moon's proposal until a decision is made.

In the first Gallup survey of 1,004 people in July, 37 percent supported the construction of two reactors in question and 41 percent opposed it.

In two surveys in August, support for continued construction ranged from 40 to 42 percent while opposition stood at 42 to 38 percent respectively. In the third week of September, 40 percent supported construction, compared to 41 percent of opponents.

Industrial and academic communities have challenged Moon's campaign to reduce South Korea's heavy dependence on nuclear energy which accounts for about 30 percent of its power supply. Nuclear plant workers fear massive layoffs and the collapse of a nuclear energy industry which has accumulated world-class technologies for decades.

In a bid to allay growing concerns about a potential power shortage, Moon said his policy would not cause a steep rise in electricity rates because nuclear reactors would be shut down one by one over a long period of time in consideration of their lifespans.

The lifespan of nuclear reactors under construction is 60 years, he said, adding it would take at least six decades for South Korea to be free of nuclear power after each reactor ran out of its designed lifespan.