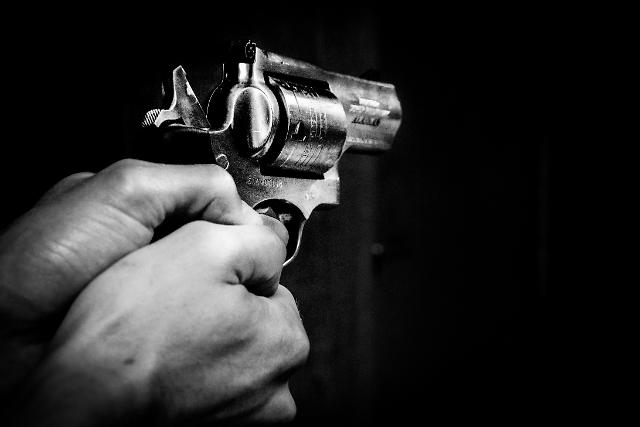 
Officers had their weapons drawn and yelled, "Drop the weapon and get on the ground", numerous times. Magdiel Sanchez, a 35-year-old man from Oklahoma City, did not comply but walked toward the officers with a two-foot metal pipe in his hand. A few seconds later, Sanchez fell on the ground fatally shot multiple times by the officers.

What the officers failed to notice was that the neighbors were yelling, "He can't hear you!" Sanchez who had developmental disabilities could not hear or talk. His only way of communication was "hand movements" said one of the neighbors.

According to neighbors' account, Sanchez always carried a metal pipe to ward off stray dogs when he was outside. However, he was a harmless individual without any criminal history.

The officers were at the Sanchez's residence after a report came in that a hit-and-run suspect went to the address. Lt. Matthew Lindsey arrived at the address first and found Sanchez sitting on the porch holding a metal pipe in left hand and a leather loop in his right. Lindsey called for backup and Sgt. Christopher Barnes arrived.

Officers ordered the man to cooperate with them, but Sanchez who was deaf did not understand the commands and only saw two officers in their uniforms with weapons pointing at him. Both officers had their weapons, Officer Lindsey with a Taser and Officer Barnes with a handgun, drawn. Bewildered Sanchez moved toward them and when he was about 15 feet away from the officers, they fired their weapons.

Witnesses recounted that they heard multiple gunshots estimating about "five to six shots fired". Officer Barnes who used his firearm was put on paid administrative leave.

Oklahoma City Police Department homicide unit was assigned to investigate the case. After the investigators file their findings to the county District Attorney's Office, the PD's internal affairs will investigate the incident further to decide if the shooting was justified.

The car that was involved in the hit-and-run accident was driven by Sanchez's father.