No agreement yet on President Moon's trip to China: foreign ministry 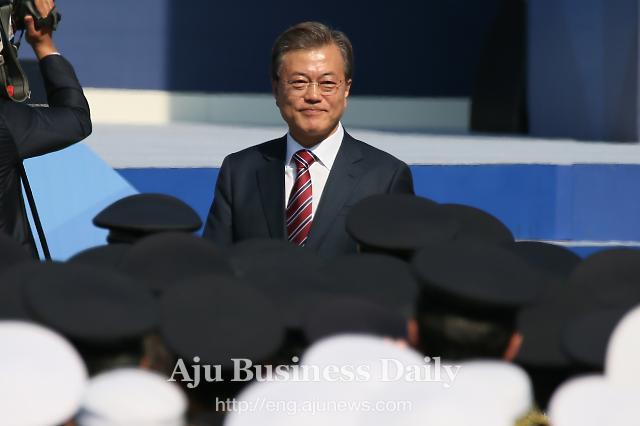 South Korea and China have held diplomatic consultations on President Moon Jae-in's suggested visit to Beijing for a summit his Chinese counterpart Xi Jinping, but there has been no agreement yet, the South's foreign ministry said.

At talks on the sidelines of the G-20 summit in Germany, the two leaders agreed in principle on Moon's trip to Beijing. "Therefore, related discussions have been underway through a diplomatic channel," Foreign Ministry spokesman Noh Kyu-duk told reporters.

Seoul and Beijing have maintained close consultations at various levels to settle pending issues, he said. "As of now, there has been no agreement."

Moon has expressed his desire to visit Beijing, but there has been no clear answer from China apparently because of a diplomatic row over a Terminal High Altitude Area Defense (THAAD) system.

Moon called for early talks with Xi in a message on Wednesday to celebrate his reelection as Communist Party head. They would participate in the Asia-Pacific Economic Cooperation (APEC) summit in Vietnam in November before attending the East Asian Summit and the Association of Southeast Asian Nations meetings in Manila.

This month, China agreed to extend a currency swap deal worth 56 billion US dollars that has been seen as a symbol of economic cooperation between Asia's two major economies.

Government officials in Seoul hoped the new swap deal may signal an easing of China's informal trade and economic retaliation that intensified after US troops in South Korea brought in the missile system in April. Chinese consumers have shunned South Korean products.