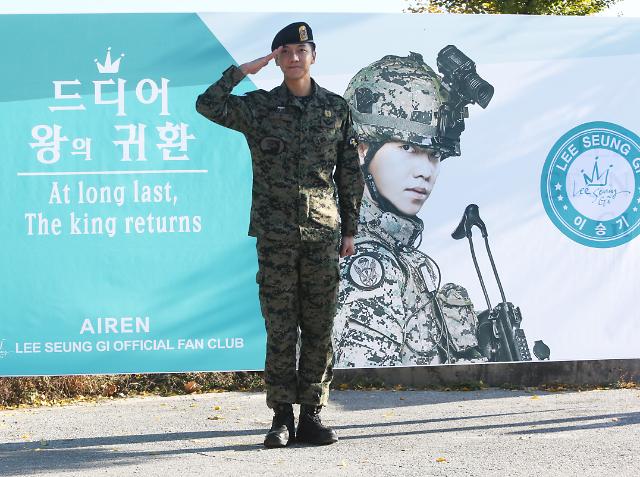 "I will try my best to get back to work as soon as possible," the 30-year-old said Tuesday at a ceremony held at an army base in Jeungpyeong County, some 106 kilometers southwest of Seoul. "I am fully charged with positive energy I received while serving my country as a member of special forces unit."

The singer made humor of rumors which claimed that he would pursue his career as a professional soldier without returning to the entertainment scene. "There were some rumors about my future and I regard them as a form of affection. I will try to meet your expectations with good work."

Lee was assigned to the army's special forces unit after his enlistment in February last year. He was discharged after ending his service for 19 months.