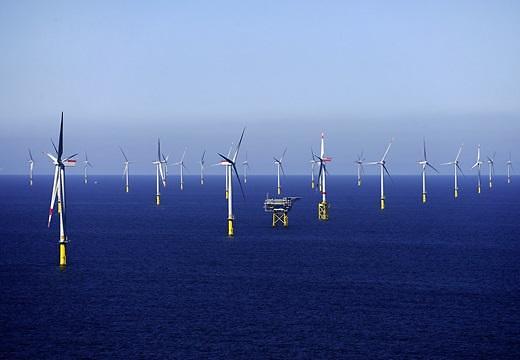 
SEOUL, Dec. 20 (Aju News) -- South Korea mapped out a new energy roadmap calling for an injection of about 100 billion US dollars into renewable energy by 2030 to support President Moon Jae-in's campaign aimed at reducing the use of fossil and nuclear energy.

The ratio of renewable energy in South Korea's total electricity output will increase from seven percent this year to 20 percent in 2030, the Ministry of Trade, Industry and Energy said Wednesday, calling for about 110 trillion won (101 billion US dollars) in state spending.

The ministry suggested that clean energy facilities would be capable of producing 63.8 gigawatts of electricity by 2030. About 60 percent of the fund would be spent on installing solar panels mainly in reclaimed lands, reservoirs and idle state lands.

In November, South Korea's first offshore wind power plant capable of generating 85,000 megawatts of electricity annually made its debut on the southern island of Jeju.  The island plans to step up the construction of offshore wind power generators to reduce carbon dioxide emissions.