[Yonhap Photo]
SEOUL, Dec. 20 (Aju News) -- For decades, cyber bullying has been a controversial topic in South Korea's entertainment society as online menaces sometimes cause legal battles or lead to the suicide of celebrities because of extreme stress.

Every year, entertainers attempt or commit suicide after suffering from depression aggravated by malicious online comments and cyber attacks. In 2016, Kim Sung-min, an actor who was bombarded with malicious comments for taking drugs, was found unconscious in a bathroom after an apparent suicide attempt.

Experts believe cyber bullying is suspected of leading to the tragic suicide of Jonghyun, a member of South Korea's popular K-pop band SHINee, who committed suicide this week.

The singer did not directly blame cyber bullies in his death note, but a mental health counselor who works for a global conglomerate pointed to the coordinated creation of malicious rumors and cyber attacks targeting Jonghyun as one of the key causes.

"Judging from media reports and the singer's death note, it seems that he has been suffering from depression for a long time," she told Aju News on condition of anonymity.

The counselor cannot exactly explain what Jonghyun has gone through, However, she speculated, based on facts, that the singer must have been plagued by an unbearable stress for nearly two years before he killed himself. 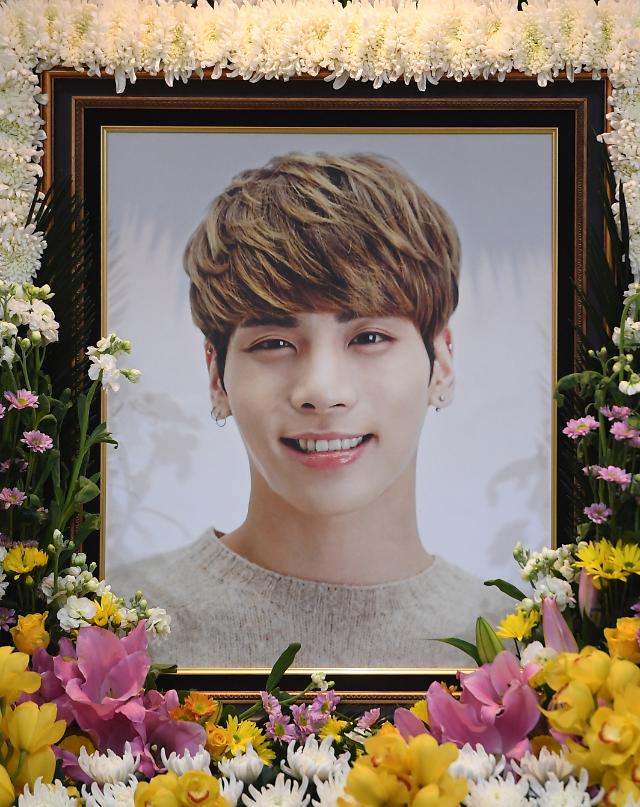 [Yonhap Photo]
Jonghyun has been attacked by feminism-centered groups since he referred women as "muse", an inspiring figure to artists, during a radio show in 2015. Angry anti-fans attacked the singer with a barrage of messages through social media such as Facebook and Twitter, arguing he depreciated the female sex.

Also, unfounded allegations that the singer was a gay had spread through social media with some Twitter users claiming to have witnessed the singer entering a famous gay club in Seoul.

In his note, Jonghyun alluded to death. "If you ask me why I chose to die, I would say that I was tired. I suffered and agonized over this," he wrote. He expressed extreme mental fatigue and loneliness. "The depression has engulfed me", he said, adding he always felt alone and wanted to run away from his tiresome life.

"As Jonghyun stated, he was suffering from depression. Such malicious and negative messages are seen as critical to those who are heartsick," the counselor said, adding the singer had eagerly engaged in sincere debate to clear any misunderstanding instead of snubbing online comments.

"Because of his warmhearted nature, maybe he just couldn't look away. Such a situation probably made his depression grow worse."

In a cable TV interview two years ago, Jonghyun complained that no matter how he tried to explain, people just did not care. The counselor said that whether the singer realized or not, there have been signs of Jonghyun reaching out for help.

Despite the tragic death of a K-pop star, a campaign by cyber bullies remained unabated. They posted negative comments on the web portal news pages. 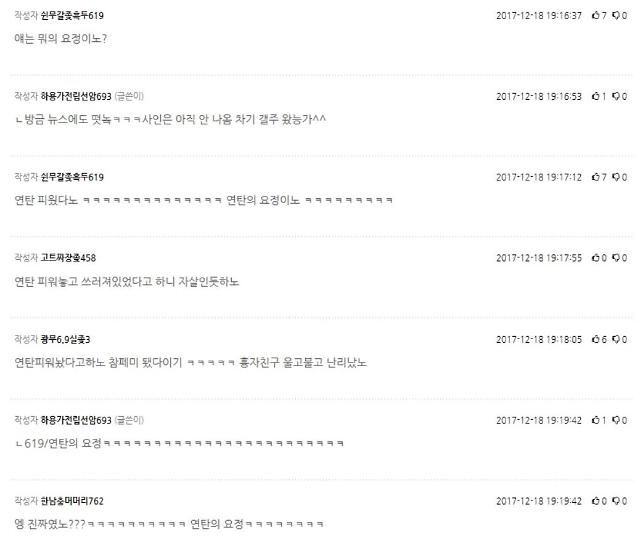 There were other forms of cyber bullying still directed at the singer but Jonghyun's family did not react.

Jonghyun was not an isolated case. Sulli, a former "f(x)" member, has seen a similar barrage of hate and malicious comments on her Instagram since some netizens criticized her for taking concept photographs which were reminiscent of a cute and sexy teenage girl.

Some compared her to Lolita, which has been used to imply that a young girl is sexually precocious. The 22-year-old's Instagram page frequently became an online coliseum whenever she hit back with provocative images and posts.