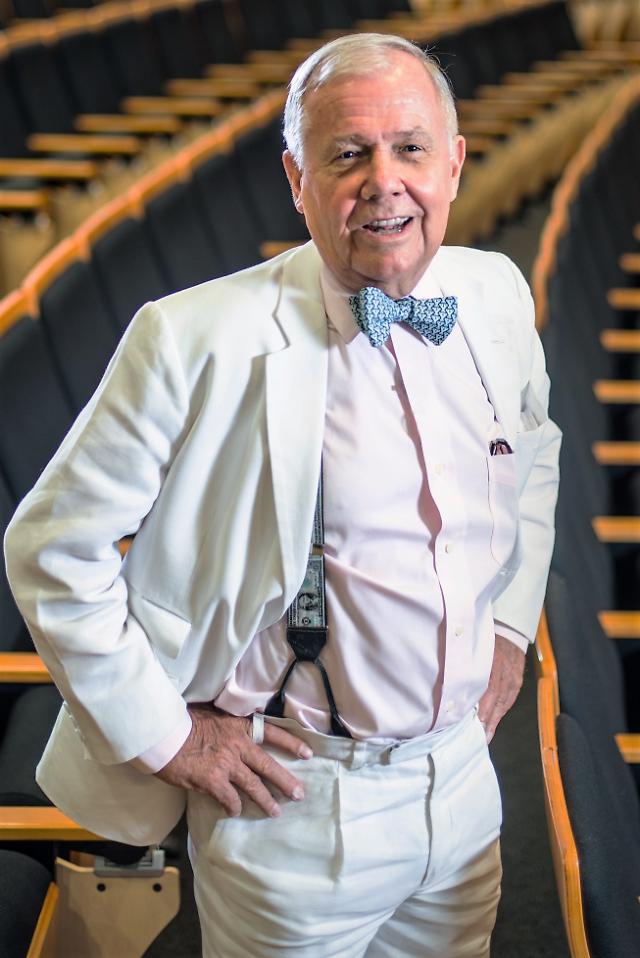 
SEOUL, Jan. 11 (Aju News) -- A unified Korea will be the world's most exciting country, which is ideal for investment and powerful enough to bump shoulders with Japan and China, a prominent American businessman said.

"It will be an unbelievably exciting country when you have unification," Jim Rogers, one of the best-known investors in the world, said in a video interview from his residence in Singapore.

If united, the Korean peninsula bordering one of the world's largest markets has abundant natural resources and a pool of disciplined, educated cheap labor in the North as well as management ability, capital and know-how in the South, he said.

"It is one of the best things that's going to be happening in the world" because the two Koreas will be able to forgo a huge amount of defense spending and turn it into economic growth and development if they are united, said Rogers, 75, who co-founded the Quantum Fund.

Rogers gave a positive outlook on the peaceful unification of the two Koreas, which were split at the end of World War II after U.S. and Soviet troops moved in to terminate Japan's colonial rule over the Korean peninsula.

"Unification will come before war comes" as China will not assist North Korea if it ignites an independent conflict while the United States cannot start a war without support from South Korea, he said.

Due to its huge debt and declining population, Japan is afraid of competing with the unified Korea that would be "a fabulous competitor right on the Chinese border", he said.

Rogers was generally optimistic about the future of the Korean peninsula. However, he described a bullish stock market run as the first risk to South Korea's economy and U.S. President Donald Trump as the second risk because he doesn't know what he's going to do and could do "something foolish".

To find a fresh growth momentum, he urged South Korea to open its society and market wider and remove bureaucracy and the red tape in every corner of its society.

Compared to its dramatic growth in the past, South Korea is now "stagnating and stultifying" because of government controls and regulations that hamper business opportunities for young people with good and new ideas, Rogers said.

"If you give people the right incentives and the right atmosphere, they would come and they would do things," he said, suggesting South Korea with a big demographic problem should open its border quickly to immigrants and foreigners to make it more competitive in international markets.

Countries with great potentials include Russia, Kazakhstan, Colombia and South America, he said, recommending investments in pollution cleanup in China, India and Bangladesh as well as Asia's sightseeing market which is growing fast thanks to Chinese travelers.

Agriculture also has "enormous possibilities and opportunities because there's not anybody there", he said.

(This interview has been arranged by Kim Hoi, a high school student who operates " Kim's people", a student media, and serves as an honorary reporter for Aju News Corporation.)