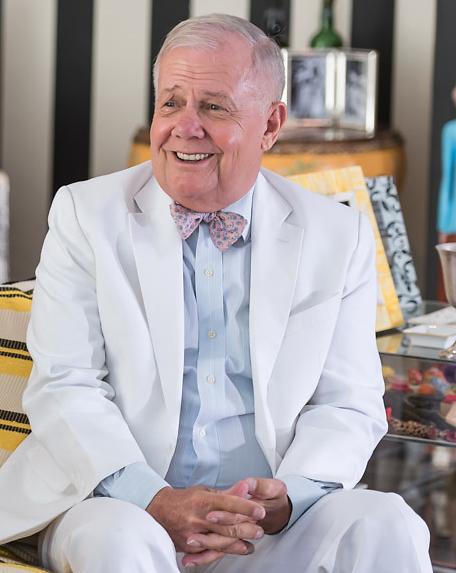 
SEOUL, Jan. 11 (Aju News) -- World famous investor Jim Rogers advised young people in South Korea to look into their own life, pursue what they love instead of trying to find safe and secure jobs, and broaden the scope of knowledge by going abroad.
"It's disappointing about young Koreans because many of them, a large percentage of them, now want to work for the government," the 75-year-old businessman said in a video interview from his residence in Singapore, suggesting that South Korea will never become a great country if everybody wants to work for the government.
"Countries that go work for the government usually go into decline," he said. According to Statistics Korea, a government agency, there are about one million young people in fierce competition to get a job every year, with about 40 percent of them seeking to become public officials.
"Many people never find what they want, what they love. Many people do what their friends do. They listen to other people. They do what is popular," Rogers said, adding many find hard to realize what they love.
Many young Koreans get confused about which jobs they should find when they become adults. In a 2017 survey of 21,780 college students, conducted by the education ministry, 23.6 percent favored public officials. A separate survey of primary, middle and high school students showed teachers, doctors and police officers were preferred.
In a firm strong voice, Rogers urged young people to pay attention to their daily life and get clues about what their passions are. He said the places people go, the kinds of magazines they read and the kinds of websites they visit can lead them to find their passions or what they like.
"So, start to watch your own life, see what you do, what you love and what your passions are. Ask Your Friends. Maybe they'll notice something about you," Rogers said.
As an effective advice to those who have the passion but hesitate to do what they love, Rogers said that a failure would become a lesson in life. "If you fail, you will learn a lot. Maybe you will do it again and succeed the second time or the third time" he said. "It's better to do it and fail than not doing it."
South Korea suffers from an educational fever which forces most students to dedicate most of their 12-year education just to earning good marks in the state scholastic ability test so that they can earn their way into good universities. College students spend more time on improving their ability to get a good job.
Rogers said university education help young people get good jobs but it's not necessary. "Learn another language or two and spend a year or two outside South Korea."
His message was simple: "Go to school, work and do whatever you like outside. The government should encourage it." He demanded the government provide good opportunities for both young Koreans and foreigners to learn about their country and change South Korea in a very positive way.