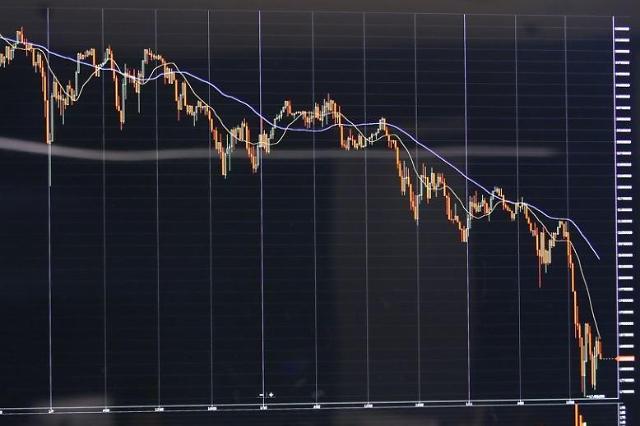 SEOUL, Feb. 06 (Aju News) -- South Korea's virtual money market has been down in the doldrums this week due to a crackdown, tightened regulations at home and abroad, a free fall in prices, and concerns about hacking that dampened sentiment among investors.

Coinpia, a minor cryptocurrency exchange based in Seoul, suspended transactions Tuesday due to a customer identification system that allows only real-name accounts. Several other small exchanges are in trouble as banks are cautious in providing virtual accounts because of onerousness and a possible government lash.

Since the customer identification system was imposed on January 30, only about eight percent of 1.74 million virtual bank accounts for cryptocurrency trading at three banks -- Industrial Bank of Korea, NH Bank and Shinhan Bank -- have been converted to real-name accounts.

The new system allows only real-name accounts used for deposits and withdrawals in cryptocurrency trading. Clients should disclose names, addresses, contact numbers, transaction purposes and the source of funds for virtual money trading. Banks are cautious in making a contract with exchanges, and many investors are not complying with new rules, maintaining a wait-and-see attitude.

Coinpia has accused regulators of pushing for the real-name system "without proper standards" despite concerns about covert transactions and a social side effect, saying cryptocurrency exchanges have played a positive role in providing easy access to clients and standardize prices.

Financial regulators have called for strong steps to prevent the "serious" side effects of irrational and excessive speculative investments as South Korea has become a hotbed for abnormal trading. The Fair Trade Commission, a powerful state anti-trust watchdog, has conducted a probe into 13 exchanges to see if they were involved in any illegal business activities.

In a report to parliament on Monday, the South's spy agency insisted that North Korea was probably behind a massive theft from a Japanese exchange on January 26, when hackers made off with about 526 million US dollars worth of cryptocurrency.

NIS officials were quoted as saying North Korean hackers ent hacking e-mails to an unnamed virtual currency in South Korea to steal passwords of clients and took away virtual money worth tens of billions won by using the technology of a famous security company to neutralize vaccines.