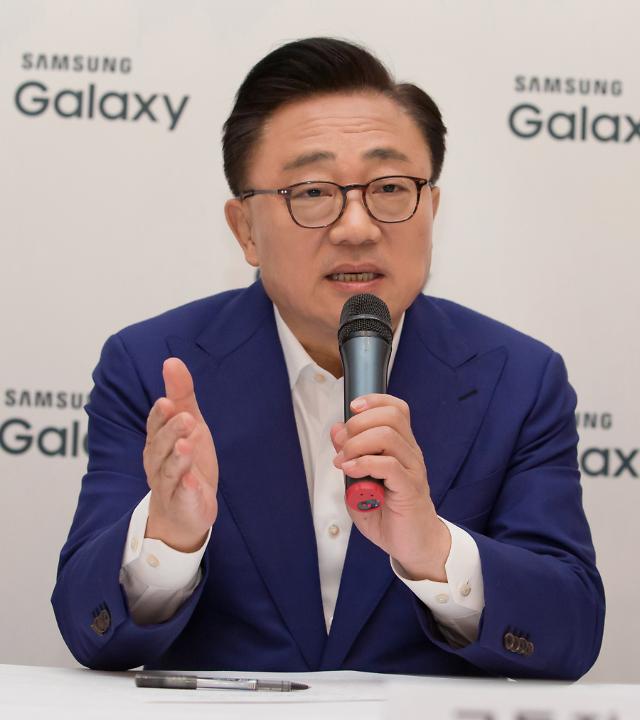 BARCELONA, Feb. 27 (Aju News) -- In the global market for voice assistant speakers, Samsung Electronics has been an outsider as it focused on premium phones using artificial intelligence and other advanced technologies to consolidate its position as the world's top smartphone maker.

Finally, Samsung declared its entry into the AI speaker market dominated by global tech companies such as Amazon, Apple and Google. "We plan to release an AI speaker later this year possibly during the second half of 2018," Samsung President Koh Dong-jin said at the Mobile World Congress (MWC) in Barcelona, Spain.

"I want to hear consumers say that they purchased a good quality item," he said, adding Samsung's AI speaker can attract picky consumers. Samsung aims to come up with a product which works as a home IoT (Internet of Things) hub and can be used as an independent audio device.

Samsung has long been absent from the race to produce AI speakers, while Amazon unveiled its Echo Ai speaker in 2015, followed by Apple and Google. Now, AI speakers have grown to become a mainstream, and British digital market analyst firm Juniper Research predicts more than 70 million AI speakers will be installed at home in the United States by 2022.

Helped by the establishment of ultra-fast internet networks, AI speakers are widely distributed in South Korea. Domestic telecom companies such as KT and SK Telecomm have released their own AI speakers integrated into their internet services. Currently, South Korea has more than one million AI speakers in use.