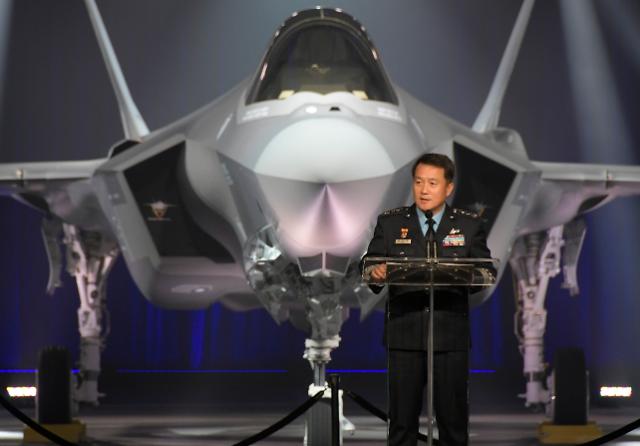 South Korean military officials hailed its first stealth jet, which will be deployed in March next year under a 2014 deal to buy 40 F-35As by 2021, as a milestone in its air defense because it can attack nuclear and other crucial military facilities in North Korea and probably beyond the Korean peninsula.

"I feel good to expect that the security of the Korean peninsula will not be threatened by anything in the future," Vice Defense Minister Suh Choo-suk said in a statement at a rollout ceremony at Lockheed Martin's assembly line in Fort Worth, Texas.

The ceremony came after China put its Chengdu J-20 stealth jet into service and Japan will begin deploying F-35As this year. The intermittent appearance of Chinese warplanes flying through strategic air corridors between the Korean peninsula and Japan has triggered security alerts in Northeast Asia.

Air force officials believe a fleet of advanced stealth jets will dramatically change South Korea's operational concept as they will come together with the delivery next year of four RQ-4 Global Hawk surveillance planes and four Airbus A330 MRTT refueling tanker planes.

With neither advanced surveillance satellites nor suitable radar aircraft, South Korea depends mainly on U.S. intelligence. Global Hawks will transform that situation and Airbus A330 MRTTs will greatly increase the radius of operations by F-35As.

"Excellent stealth performance and state-of-the-art combat equipment will dramatically improve our operational concept," South Korean air force chief Lee Wang-keun said in a video message to South Korean and American officials who took part in the ceremony in Fort Worth.

Beijing, which is about 950 kilometers (590 miles) away from Seoul, has reacted sensitively to U.S. strategic military assets in South Korea. The deployment of an advanced missile shield by American troops stationed on the Korean peninsula caused a prolonged diplomatic row between Seoul and Beijing.