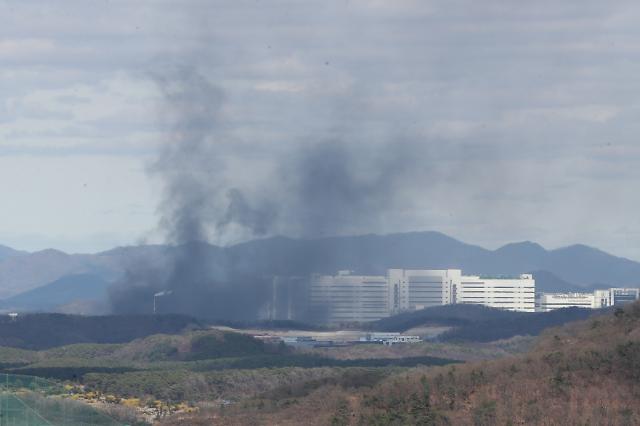 
SEOUL -- LG Display, one of the world's largest flat panel producers, suspended its production line for 14 hours due to a fire at its main complex north of Seoul. No estimated financial damage was given.

LG Display said the production line of OLED and LCD panels in Paju was partially shut down at 6:30 pm (0930 GMT) Wednesday because the complex blocked electricity and gas supplies for safety. Production returned to normal Thursday morning.

The fire broke out at an underground construction site for waste treatment facilities when workers were cutting steel near tanks packed with foamed polystyrene. Nine workers were treated in a hospital after inhaling smoke, but no serious injuries were reported.