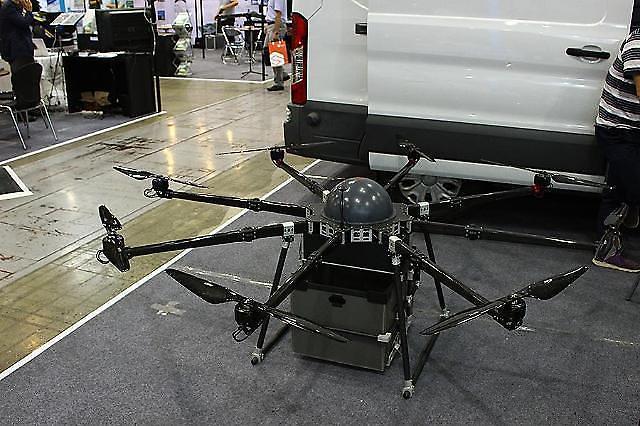 The port city, some 270 kilometers (167 miles) southeast of Seoul, was hit hard by a 5.4-magnitude earthquake in November last year. The quake triggered a series of aftershocks injuring about 60 people. Another 4.6-magnitude quake hit the city again in February this year.

Pohang city officials said in a statement Tuesday that the city signed a memorandum of understanding with KT to establish an earthquake response system using new technologies such as drones, internet of things (IoT) and wireless optical sensors.

"By adopting the latest technologies, we will be able to establish a system which would help citizens to evacuate safely," Pohang mayor Lee Kang-deok was quoted as saying.

The system's optical sensors will detect the tiniest tremor and fractures caused by quakes to send a quick alarm signal. Drones will be flown to examine the damage, find survivors and drop emergency kits in inaccessible areas. Optical sensors would be set up on bridges, dams and public areas for monitoring.