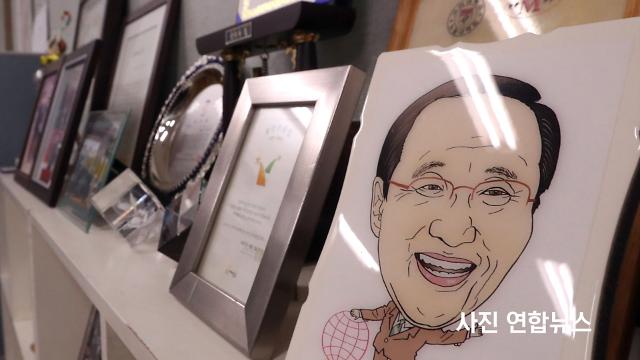 The 61-year-old floor leader of the Justice Party, a splinter opposition group, was found dead by a security guard on the ground of an apartment building in Seoul. On the stairs of the building's 17th and 18th floors, police found Roh's jacket, a wallet, his ID card and a suicide note.

In his note, the three-term legislator, who had maintained a relatively clean image, admitted that he received a political fund from a friend and lawyer identified only by his surname Do, but he insisted he was not involved in any influence peddling.

There was "no request or promise for favors" when he received 40 million won ($35,420) in 2016, he said in his note released by his party, adding he did not undergo a legal sponsorship process in receiving a political fund. "Who will blame?. It was my foolish choice and shameful judgment. I have to take responsibility," he said.

A court rejected a request from prosecutors last week to arrest Do on charges of providing money to Roh in an attempt to set up a meeting in 2016 between Roh and a jailed power blogger nicknamed Druking, who was accused of manipulating comments on Internet news stories in favor of the ruling Democratic Party.

Roh was a long-time pro-union activist who has been involved the formation of a labor party and became a lawmaker in 2004. He lost his seat in 2013 but was elected again with a Justice Party ticket in 2016.