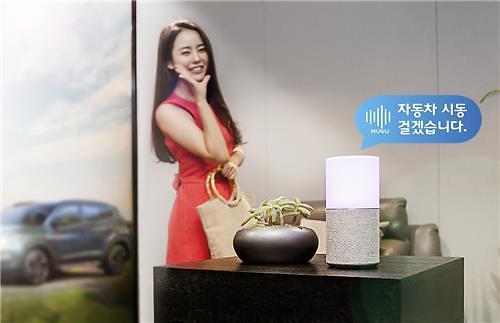 NUGU was released in 2016, providing basic features of an AI voice assistant. SK Tecome unveiled its "car to home" service in June to control smart home devices while driving.

"With its application to automobiles, Smart Home has been able to provide more convenience to customers," Cho Young-hoon, who heads SKT’s home business division, said.

To develop autonomous driving and other next-generation technologies, Hyundai has forged a series of strategic partnerships with foreign and domestic technology firms.

A connected car is an autonomous driving vehicle capable of interacting with other devices connected to a web of networks. The car uses a mobile network to send and receive data such as traffic conditions, surrounding environments and information from other connected devices.