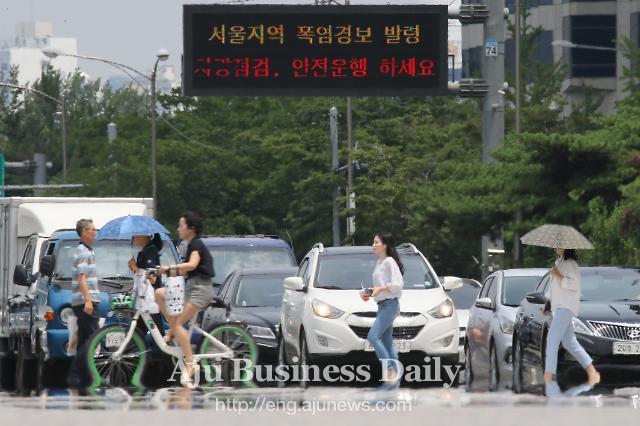 An association of South Korean lenders agreed to open their branches nationwide as heat shelters, allowing elderly and week people to take rest freely with no concern about being kicked out. The move is effective by the end of August.

Financial regulators welcomed the association's decision as an act of fulfilling their social responsibilities. "Elderly people who are more vulnerable to health risks in the heat wave need careful consideration," Choi Jong-ku, chairman of the Financial Services Commission, told reporters.

Since the summer season began, the scorching heat, which was attributed to the wall of high atmospheric pressure in the Northern Pacific, has left hundreds of fever cases and killed at least 17 people, compared to five deaths last year.

In southern areas, the temperature has exceeded 40 C degrees. Weathermen predicted the scorching heat would last throughout August.