​Thousands of S. Koreans to race in Han River aboard cardboard paper boats 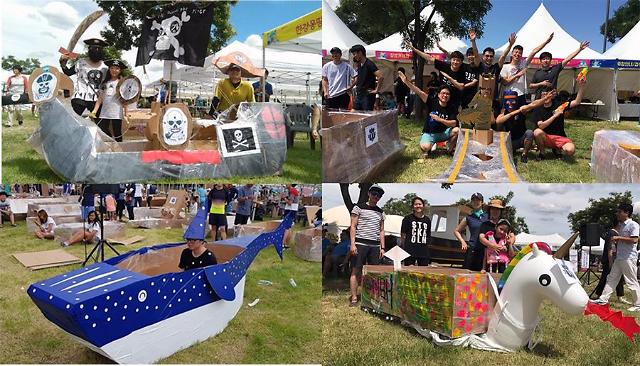 
SEOUL -- Enthusiastic South Koreans with good crafting skills will test their rowing skills with their own self-made boats made of cardboard paper in the Han River that runs through Seoul. 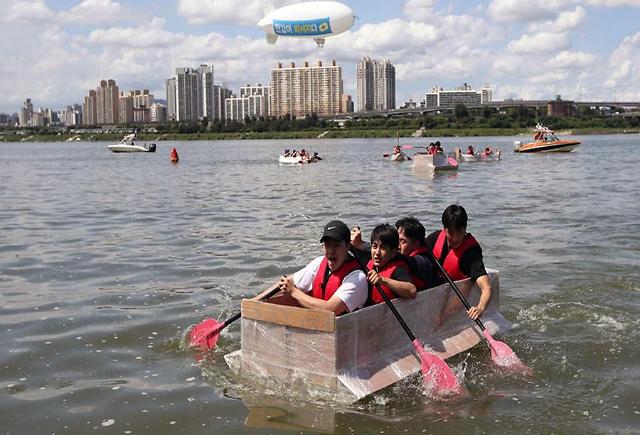 
Seoul city said in a statement that it would hold "Paper Boat Race", an annual three-day, at Jamsil Riverside Park in eastern Seoul from Friday until Sunday. At the event, more than 2,000 participants will be given cardboards and other tools to build their boats and use it to race to a buoy, located about 50 meters (164 feet) from the bank of the river, and back. Awards will be given to teams with fastest lap times.

The Paper Boat Race was first held in 2015 and more than 2,000 teams participate in the event every year. In case of an emergency, the event organizers will dispatch rescue and medical personnel at the venue.