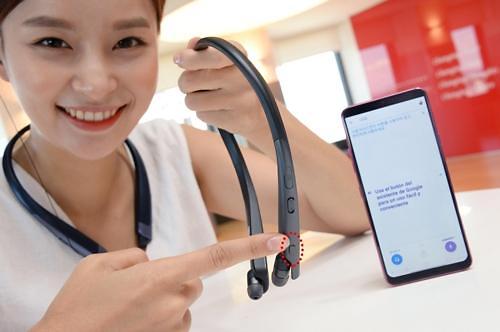 LG said the HBS-2000 has a button dedicated to Google's voice recognition system, allowing users to execute commands without having to take out smartphones. A "hybrid speaker" unit was applied to provide an original sound. Its noise cancellation feature and two high-performance microphones help users talk comfortably in noisy surroundings.

The new headset will be launched at home at the end of August and in other countries later on. The domestic release price was set at 219,000 won ($195). It will be showcased at the Internationale Funkausstellung (IFA) which opens in Germany at the end of this month.

At the tech fair, LG will also showcase HBS-835S, a Bluetooth headset equipped with an external speaker which would allow users to talk or listen to music in speaker mode without plugging the earphone into the ear. The launch date and price were not disclosed.