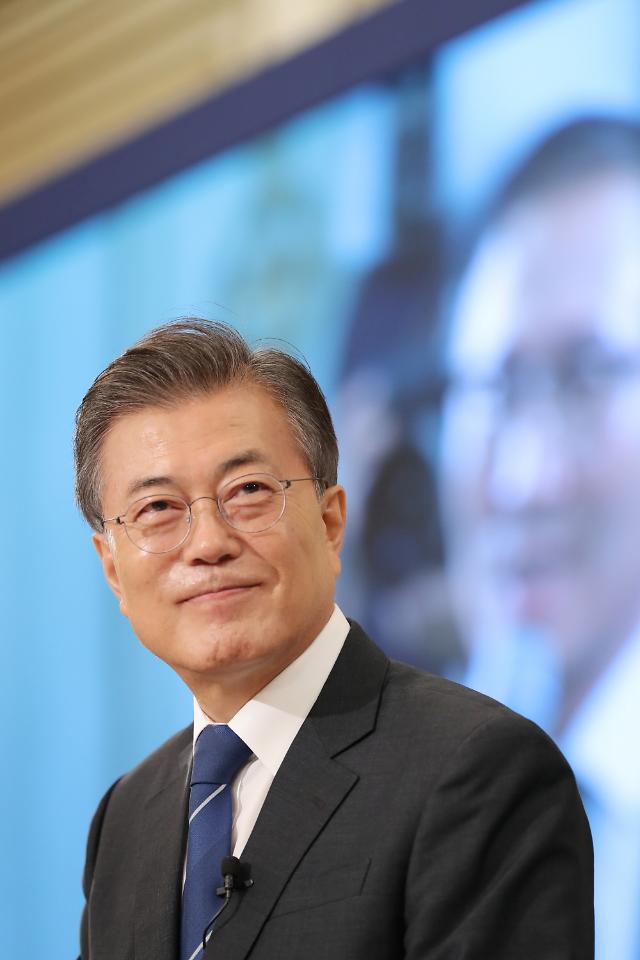 [Courtesy of the Presidential Blue House]

Jeong Kyeong-doo, chairman of the Joint Chiefs of Staff, was tapped to replace Defense Minister Song Young-moo, who came under fire over mishandling a controversy surrounding a defense intelligence unit.

If appointed, Jeong will be the first Air Force general to become the country's defense chief in more than two decades.

"We expect (Jeong) to help ensure balanced development of each armed service and enhance their joint capabilities based on his high understanding of military reform, and also actively push for military reform and promote civilian leadership of the military based on a strong South Korea-U.S. alliance," Kim Eui-kyeom, a spokesman for the presidential office Cheong Wa Dae, told a press briefing.

Moon also named Rep. Yoo Eun-hae of the ruling Democratic Party as the new education minister. Sung Yun-mo, the incumbent chief of the Korea Intellectual Property Office, was nominated as the new minister of trade, industry and energy.

Lee Jae-kap, a former vice minister of labor, was tapped as the new labor minister, with Jin Sun-mee, a ruling party lawmaker, named the new minister of gender equality and family.

The minister nominees have to undergo parliamentary confirmation hearings, though their appointments do not require parliamentary approval.

The defense minister has been dogged for months by a controversy over a 2016 proposal from the Defense Security Command (DSC) to invoke martial law to curb anti-government protests.

The military spy agency is set to be reorganized as a smaller, strictly intelligence-gathering unit.

Minister Song has been criticized for his failure to take necessary steps in response to the DSC report.

Wang Jung-hong, the incumbent secretary-general of the Board of Audit and Inspection, was appointed the new head of the Defense Acquisition Program Administration, while Chung Jae-suk, a senior writer from a local daily, was named the head of the Cultural Heritage Administration.

The others were Yang Hyang-ja and Rhee Suk-soo, who were respectively appointed the new head of the Central Officials Training Institute and head of the Office of Planning and Coordination at the spy agency, the National Intelligence Service.

A Cheong Wa Dae official later said the president will likely replace at least one more minister in the near future.

"More new ministers will be announced in a week or two," the official told reporters, while speaking on condition of anonymity.

The latest cabinet shakeup came about a month after Moon nominated a new agriculture minister, Lee Gae-ho, who replaced Kim Yung-rok more than four months after Kim resigned to run in the June 13 local elections.