China in dilemma over trade war with U.S. 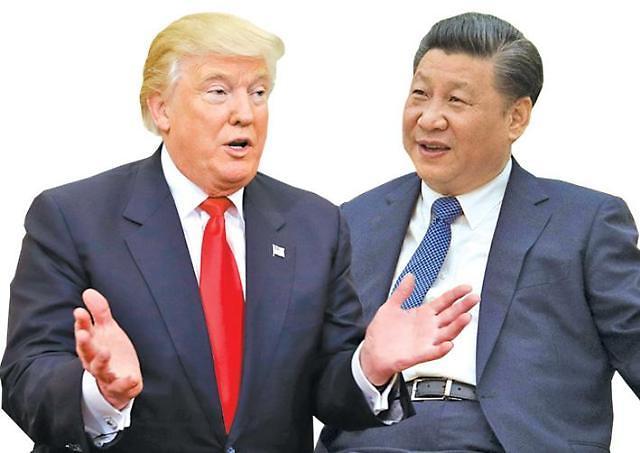 SEOUL -- The United States is catching the siege in the first half of its trade war with China. Since the Trump government launched a tariff attack on April 3, the Shanghai Composite Index has dropped nearly 20 percent and the yuan exchange rate against the dollar has dropped 9 percent. The real economy also shows negative signs.

However, China is not going to give in easily. Although the trade deficit is a problem, the idea is to stop China from becoming a manufacturing power in 2025. As a result, China is preparing for a long war by taking a strategy to stage a counter-offensive with retaliatory tariffs while at the same time inducing a financial relaxation policy such as cuts in its reserve ratio and weakening the yuan to prevent an economic slowdown.

So what is the market reaction? Businesses welcome a shift from fiscal tightening to mitigation. Concerns over corporate defaults eased due to a fall in interest rates and export companies feel less burden from price competition. However, experts are worried about the Chinese government's policy shift.

First, it is highly likely that corporate restructuring, one of the biggest problems of the Chinese economy, will be disrupted. Despite the default increase in corporate bonds over the past year and a half, the Chinese government has finally said that it has begun to see its effect from fiscal tightening that reduced corporate debt from 173 percent at the end of 2016 to 160 percent. Therefore, changes in China's financial policy is not because there is a sufficient effect of corporate restructuring, but it is rather a desperate countermeasure in preparation for a trade war.

Of course, the Chinese government says it can lower the debt-to-equity ratio of state-owned enterprises, which need restructuring through qualitative control, despite its eased financial control. However, it is difficult for banks to refuse loans to state-owned enterprises, which are responsible for government projects. That is to say, it is difficult to achieve qualitative control, which means that the corporate debt ratio can be raised again.

Second, the weakness of the yuan is also unstable. Although it controls the risk of capital outflows due to its strong overseas remittance regulations, China is vulnerable at any time to hedge fund attacks like early 2016 when China spent about one trillion dollars in foreign exchange reserves in six to seven months to fend off hedge fund attacks, causing concerns 'hard landing' starting with the Chinese foreign exchange market.

Furthermore, Trump said he would investigate whether the exchange rate was manipulated against the sudden weakening of the yuan. China is the target country for exchange rate manipulation. There is a market talk that Chinese authorities may have to sell dollars and buy up the yuan. If China's foreign exchange reserves drop sharply, it will be difficult to defend its currency against an external attack and the real economy may become unstable.

(This column was contributed by Cho Pyeong-kyu, Vice Chairman of China Yanda Group.)