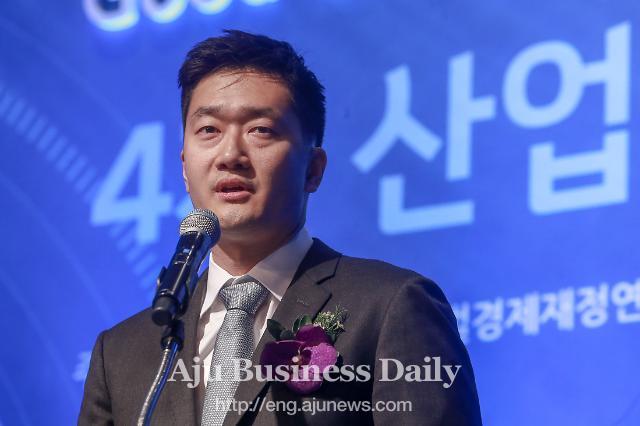 
SEOUL -- The storage of DNA-based data is at the center of the Fourth Industrial Revolution which will come with an explosion of data creation as it can be used by all industries that require data storage, according to a U.S.-based DNA data archiving company.

Hyunjun Park, co-founder and CEO of CATALOG Technologies based in Boston, said that synthetic DNA contains no genetic information and uses biopolymers as a next-generation medium for digital data storage.

Synthetic DNA is created using a method called artificial gene synthesis, also known as DNA printing, in a laboratory. Synthetic DNA's genetic codes -- A, G, C and T -- can be aligned with no limits on size or the sequence of nucleotides.

"The world is on track to generate more useful data than it will have the ability to store. Furthermore, conventional data centers take up huge amounts of space and other resources,'' he said in an interview with Aju Business Daily.

Because DNA has been chosen by nature and perfected over billions of years of evolution, it has inherent characteristics that make it an ideal medium to tackle these challenges, he said.

Government agencies, large IT companies and conventional storage media manufacturers are looking at DNA as a potential next step, Park said. "DNA is expected to start entering the data storage market from the coldest tiers, slowly moving up to warmer tiers as the relevant technologies improve over time."

DNA-based data storage is "very much" at the center of the 4th Industrial Revolution, which is characterized by the fusion of technologies and comes with an explosion of data creation, he said.

"DNA-based data storage is ideal for the long-term archival of information and may in the future be used for the in vivo storage of personal health data," he said. "There are some that want to use it for the storage of cryptographic keys."

In the short term, CATALOG is trying to develop the next generation medium for data storage, he said, vowing to launch a commercial pilot project in 2019 and industrial services by the end of 2021. "DNA-based data storage has the potential to be used by all industries that require data storage."