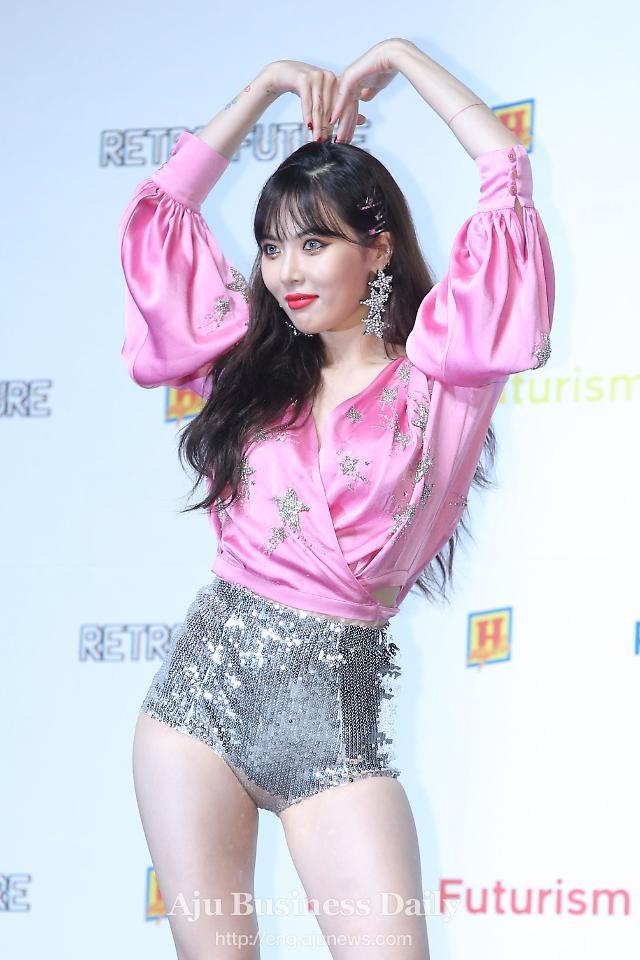 
SEOUL -- HyunA, a popular singer well known for her sexy image, and E'Dawn, her boyfriend, will stay with their management agency, waiting for a decision by board members who were surprised at strong criticism from fans and stockholders.

In a bombshell announcement on Thursday, Cube Entertainment decided to expel the two artists for betraying trust after they disclosed their romantic relationship. The two had been active as "Triple H", a three-person project group, since May 2017 and acknowledged their relationship in early August.

As the expulsion of HyunA, 26, and E'Dawn, 24, triggered a strong backlash, Cube Entertainment CEO Shin Dae-nam released a statement to retract the earlier decision. He said a board meeting would be held next week to discuss the issue.

"The expulsion of HyunAh and E'Dawn was not confirmed as we are still discussing it," Shin said. "The opinions of the artists are important, so it should be decided carefully through the process of collecting opinions."

Cube Entertainment's shares fell 6.57 percent on Thursday, and fans blasted the agency for responding emotionally and unreasonably to a love affair by its artists. HyunA has maintained a relatively clean image despite her funky and sexy on-stage performances.