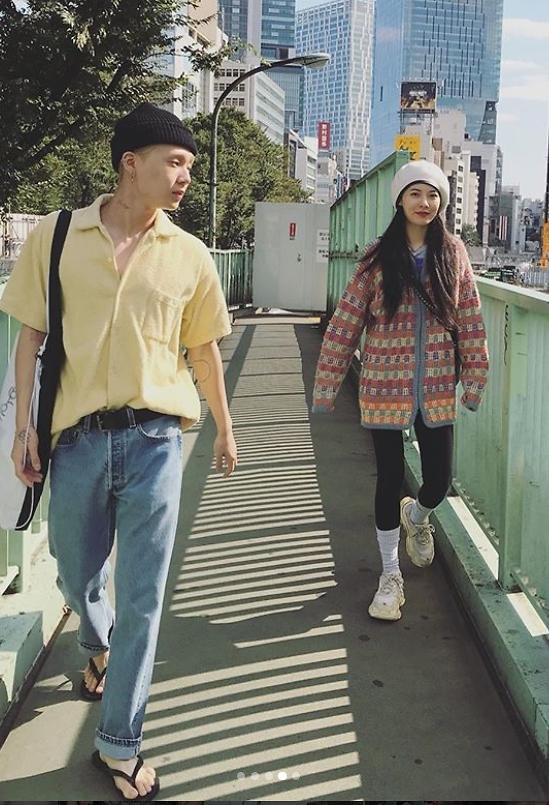 
SEOUL --​ HyunA released pictures and videos showing a happy romance with her boyfriend through social media after her management agency officially terminated a contract with the iconic sexy figure in the K-pop scene.

Cube Entertainment announced its decision Monday to end a contract with HyunA. With no official reaction, she uploaded pictures and videos onto Instagram that showed her and E'Dawn, a Pentagon member, dating in an unknown place. The videos were watched more than 2.9 million times and drew more than 500,000 supporting comments from fans.

HyunA, 26, and E'Dawn, 24, formed "Triple H", a three-person project group, in May 2017 and disclosed their relationship in August. In a surprise decision on September 13, the agency expelled them for betraying trust, but the decision was retracted a day later amid strong criticism from fans.

A month later, HyunA became free, although Cube Entertainment has yet to decide on the fate of her boyfriend. Fans have blasted the agency for responding emotionally and unreasonably to a love affair by its artists.