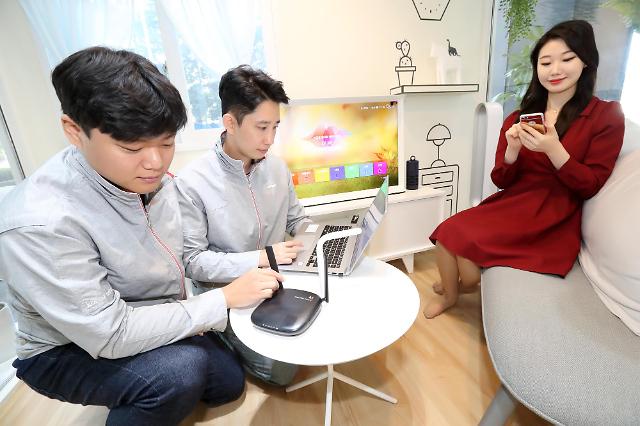 The Wireless Intrusion Prevention System (WIPS) is a network device which monitors the radio spectrum of a specific area to prevent unauthorized wireless routers, also known as wireless access points (APs), from connecting to computers and smart devices. However, WIPS sometimes recognizes a safe AP located near a malicious one as unauthorized to block its network access.

KT said in a statement Friday that its new technology called "WiFi WIPS Detecting & Targeting (WDT)" can detect internet connection failure caused by WIPS' friendly fire. The company said WDT would be applied to three million wireless routers installed at public places such as subway stations and bus stops by the end of October.

The WiFi WDT technology compares radio signals from normal APs and WIPS to find if there are any authorized routers blocked nearby.