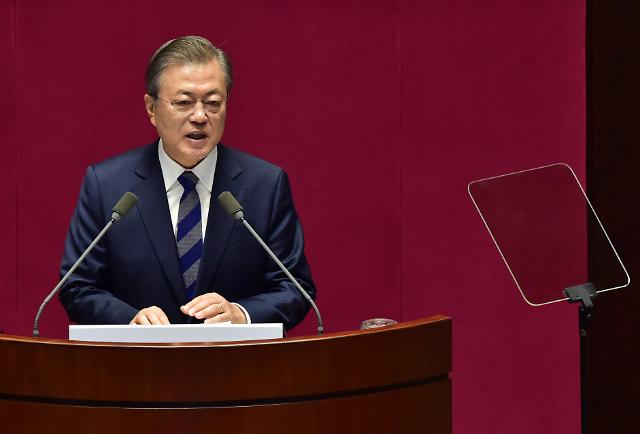 SEOUL -- For the dismantlement of decommissioned nuclear power plants and the safe management of spent fuel and waste, South Korea turned its eyes to Russian technology as negotiations with the United States on revising a 2015 nuclear accord moved at a snail's pace.

President Moon Jae-in unveiled a new energy roadmap to replace fossil-fueled power plants with clean and renewable energy sources. The life cycle of existing reactors will not be extended to decrease the number of nuclear power plants from 24 to 14 in 2038. An old reactor in Gori near the southeastern port of Busan was shut down in June 2017.

Another reactor in Gyeongju faces permanent closure, but there has been no clear answer from policymakers to address concerns about nuclear waste and the management of spent fuel, which have been a stringent issue because Washington refused to revise a 2015 accord that has effectively restricted the development of reprocessing facilities to acquire enriched uranium as fuel.

The state-run Korea Atomic Energy Research Institute (KAERI) said Wednesday it would cooperate with TENEX and other Russian bodies to secure technology related to the decommissioning of nuclear and radiation hazardous facilities. TENEX is a key Russian organization in nuclear uranium conversion, enrichment services and spent fuel and radioactive waste management.

"We will strive to combine Russian experience with our technology," KAERI President Ha Jae-joo was quoted as saying. He described the conference in Moscow as "a starting point for solving problems related to our nuclear safety research."

Data from by the Ministry of Trade, Industry and Energy showed that South Korea needs a total cost of some 100.6 trillion won ($88.3 billion) to seal reactors and manage spent fuel and radioactive waste.

The 2015 deal only allows Seoul to conduct research into "pyroprocessing," a new unverified technology considered largely proliferation-resistant since the product is thermally and radioactively far too hot to use for a weapon. Wary of potential proliferation, Washington has insisted that wider concessions on reprocessing could complicate efforts to denuclearize the Korean peninsula.