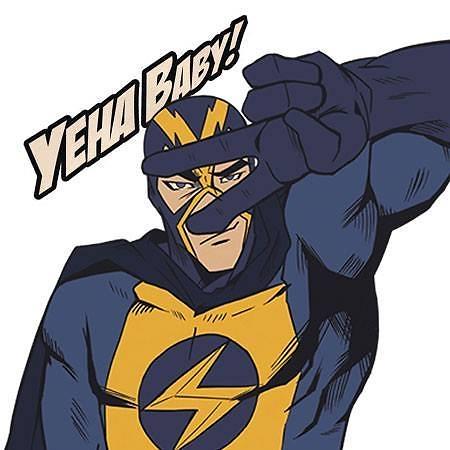 
SEOUL -- Chung Yong-jin, the de facto head of South Korean retail giant Shinsegae, who is well known for ingenious ideas, will venture into the virtual reality game market, using a superhero mascot of the group's discount store wing that first appeared in 2015 to attract young customers.

Emart said in a statement Tuesday that it would participate in "G-STAR 2018", an annual three-day gaming exhibition to be held this week in the southern port city of Busan, to operate a booth and showcase games for the first time as a South Korean retailer.

In the games, players will become the superhero and cute characters to clean up the streets strewn with trash and consume recyclable paper to save the earth. Since a mobile receipt campaign was launched in January last year, Emart has issued more than 200 million digital receipts to save some 12,000 trees and 56 million tons of water.

Chung is also interested in the movie market. He said in July that he would create a superhero movie starring his Electro Man character in an effort to diversify Shinsegae's business portfolio. The experimental film would be released in 2020.

His innovative ideas have been materialized into new business opportunities. He built a giant luxury and leisure shopping mall called Starfield, opened a French lifestyle boutique hotel in central Seoul and introduced a fleet of autonomous shopping carts.