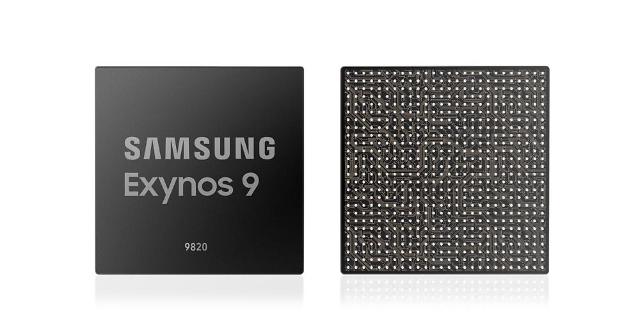 Samsung said in a statement Wednesday that the new mobile chip called "Exynos 9820" features a powerful custom CPU core, a super-fast LTE modem and an integrated neural processing unit (NPU). Mass production is expected to begin by the end of this year.

"The AI capabilities in the Exynos 9 Series 9820 will provide a new dimension of performance in smart devices through an NPU," Samsung's marketing vice president Ben Hur was quoted as saying. NPU is an AI accelerator.

Normally, mobile APs depend on network servers to carry out AI processing to save memory resources and maintain the processing speed of CPUs. Samsung's Exynos 9820 chip provides faster performance and better security of personal information.

The NPU, which is the key feature of Exynos 9820, will support the functions of a smart device like adjusting a camera to take a better shot according to the surrounding environment. It recognizes objects to provide information to AR or VR applications.

Samsung said the new chip's CUP delivers an up to 40 percent boost in performance and more power efficient than its predecessor, allowing the longer play time of mobile games with intensive graphics or interactive AR applications.