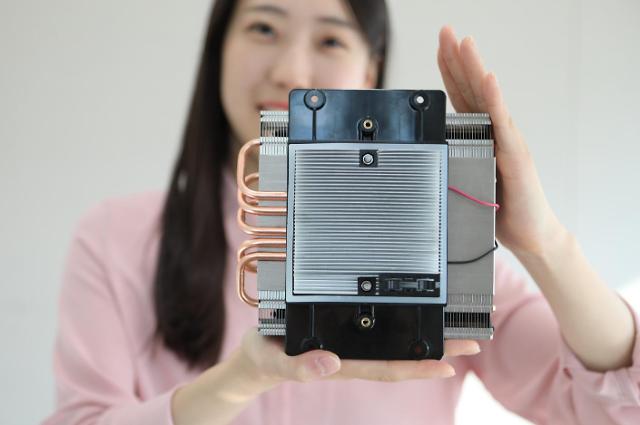 
SEOUL -- LG Innotek, the electric component unit of South Korea's LG Group, has developed a new high-performance thermoelectric cooling module for luxury order-made freezers that could be applied to wearable devices and cars.

A thermoelectric module, known as Peltier cooler, is a semiconductor-based electronic component which is basically a small heat pump and moves heat from one side of a device to another. Because the module has no compressor, it can be reduced to the size of a semiconductor.

Existing thermoelectric modules used for cooling and heating in home appliances have been largely shunned by consumers because of energy inefficiency. "We have upgraded the technology to create a new thermoelectric module with higher performance than predecessors," an LG Innotek spokesman told Aju News.

The company vowed to upgrade its new product so that it could be used for wearable devices, communication devices, vehicles and ships. "We will actively cooperate with specialists in various sectors and improve our technology to diversify the scope of applications," LG Innotek Chief Technology officer Kwon Il-geun said in a statement.