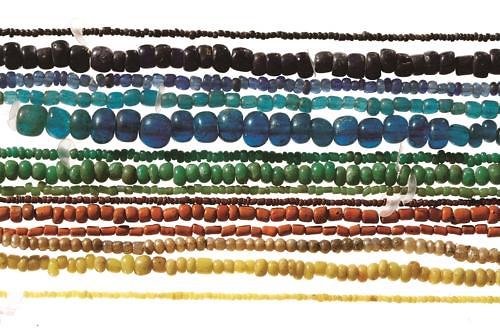 [Courtesy of the National Museum of Korea]


SEOUL -- Decorative glass beads discovered in the tombs and ruins of two ancient kingdoms on the Korean peninsula were found to have used colorants from a mining area in Kanchanaburi in west Thailand, according to South Korean archeologists.

"Thai coloring agents may have been widely distributed in Southeast Asia and East Asia in ancient times," the archeologists from the state-run National Museum of Korea said in a research paper in an academic journal published by the Korean Society of Conservation. 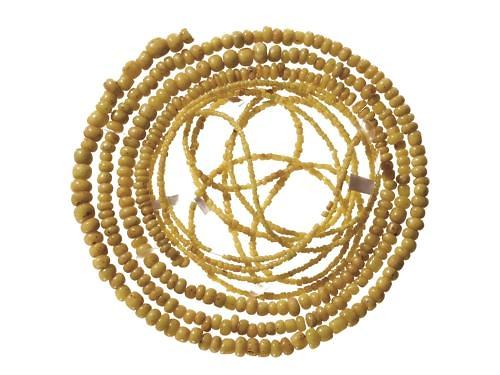 [Courtesy of the National Museum of Korea]


They discovered lead-tin oxide (PbSnO3), a pigment rarely seen on the peninsula, in the analysis of opaque colorants used in yellow and green glass beads from the tombs and ruins of Baekje and Silla which occupied the southern part of the Korean peninsula during the period of three kingdoms from 57 BC to 668 AD.

The analysis of lead isotopes showed that the colorants all came from a Thai mine in Song Toh. It can not be concluded that glass beads were made in Thailand, but the producers of glass beads in various regions may have used the same coloring agent, the archeologists said.

Luxurious objects have been unearthed from ancient tombs during the three kingdoms period, including gold crowns and gold ornaments as well as artifacts using jade and glass beads.