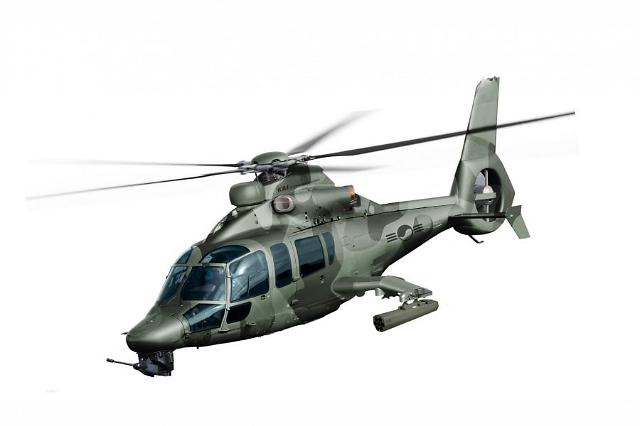 
SEOUL -- The prototype of South Korea'ss home-made light attack helicopter armed with a machine gun and guided anti-tank missiles will be released in December after years of development based on European technology that has caused a constant debate over suitability.

The first light armed helicopter (LAH), developed by South Korea's sole aircraft maker, Korea Aerospace Industries (KAI) to replace an aging fleet of MD500s and 70 AH-1S Cobra, will be delivered in late 2022. It is based on H-155, a twin-engine helicopter created by European aircraft maker Airbus.

The LAH carrying a 20mm machine gun and four anti-tank missiles or 70mm rocket pods has the maximum takeoff weight of 4.9 tons. It is capable of flying at the maximum speed of 324 kilometers (201 miles) per hour. Some experts have argued that the LAH is an outdated model.

KAI plans to attach "Cheongeom", a home-made air-to-ground missile that would replace TOW anti-tank missiles. The precision missile is scheduled for production in 2023.

KAI, the key player in South Korea's high-profile defense projects, has been dogged by corruption allegations that led to a sweeping change in its management. It was involved in a project to develop Surion, a twin-engine transport utility helicopter, with technical help from Airbus Helicopters. Development was completed in 2012, but the Surion has exposed various defects.