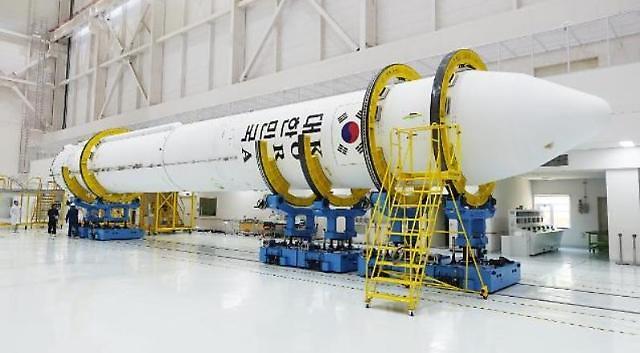 
SEOUL -- A single-stage rocket with South Korea's first home-made booster engine was moved to the launch pad for a test flight, weeks after the launch was put off due to a technical problem. The 25.8-meter-long rocket is to blast off after a final check on Wednesday.

The test launch at the Naro space center in the southern coastal town of Goheung is aimed at collecting data and verifying the performance of the thrust engine which will be used for a three-stage Korea Space Launch Vehicle-2 (KSLV-2) rocket in 2021.

South Korea's space program has seen slow progress as other countries are reluctant to transfer core technologies. Three space rockets have been launched but two fired in 2009 and 2010 failed to reach orbit. The third one using Russian technology put a satellite into orbit.