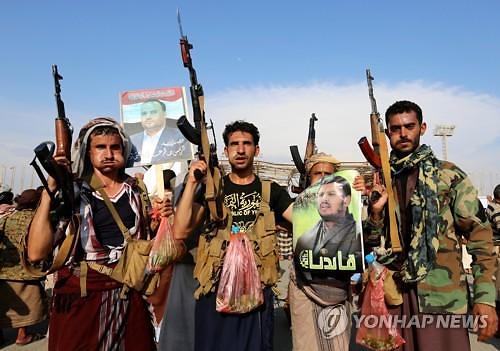 
SEOUL -- Two Yemeni journalists were granted refugee status after they sought asylum on the southern resort island of Jeju. South Korean immigration authorities acknowledged their appeal that they came to avoid life-threatening for critical articles against the Houthi insurgency.

In Yemen, the Houthi rebellion has escalated into a full-scale civil war. Since hostilities began in 2014, thousands of civilians have been killed, and around 14 million people have been pushed to the brink of starvation, according to the United Nations.

Refugee status for the two journalists is exceptional because South Korea removed Yemen from its visa waiver program in Jeju this year. To promote tourism, the island has introduced a visa-free program allowing foreign visitors to stay for up to 90 days. However, the program was not applied to visitors from 11 countries such as Iran, Sudan and Syria.

Of 484 Yemeni asylum seekers who applied for refugee status after arriving in Jeju this year, 412 were given an unofficial stay on humanitarian grounds, according to the Ministry of Justice. Immigration authorities rejected 56 applications and 14 withdrew requests or left.

Right groups have urged the government to improve its screening system and stop discriminating against refugees, saying they have to wait for seven months on average before receiving preliminary results on their status. However, public opinion is not favorable, reflecting concerns about security and other problems.

Government data showed some 34,900 foreigners have applied for refugee status since South Korea revised a law in 2013 to ease tight restrictions on them. Only 839 people have been officially granted refugee status as of 2017.