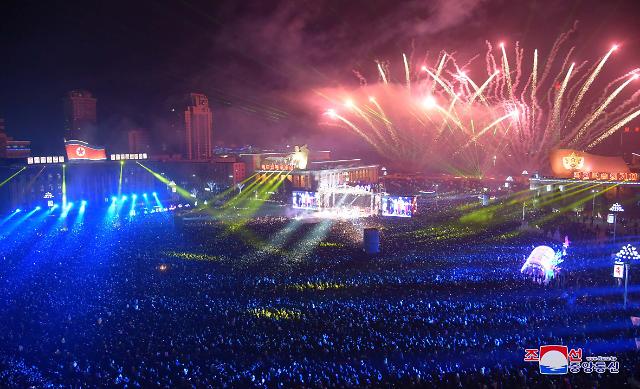 A picture taken from North Korea's state television shows fireworks and a light show on the eve of the New Year. [Yonhap News Photo]


SEOUL -- Tens of thousands of citizens gathered on the main square in Pyongyang to greet the New Year, watching performances by art troupes, fireworks and a light show.

The Kim Il Sung square in Pyongyang was thronged by citizens who watched performances by art troupes like the Mansudae Art Troupe and fireworks displaying the last seconds of the old year, according to the North's official Korean Central News Agency (KCNA).

"Dazzling rays of light burst into the nocturnal sky of the New Year to display a curtain of fire," with drones represented letters "Happy New Year" in the sky above the square, KCNA said.