Bithumb seeks to open security token exchanges in U.S. and other markets 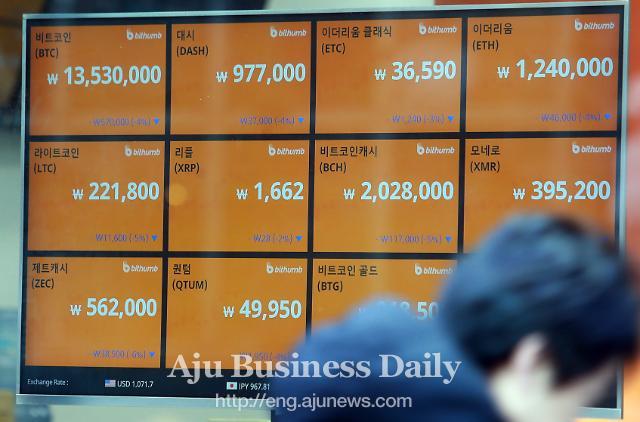 
SEOUL -- Bithumb, a leading cryptocurrency exchange in South Korea, plans to open a new exchange for security tokens in the United States in the first half of this year and more later in Russia and Europe.

Officials in the related industry said Monday that Bithumb hopes to earn commission income by helping companies raise funds through security token offerings (STO). Although it is still up and coming, researchers believe STOs will help drive the blockchain industry as they will be able to sort out low-quality projects and contribute to a healthy ecosystem.

In November last year, Bithumb agreed with seriesOne, a U.S. fintech company, to jointly set up a security token exchange in the world's largest economy. SeriesOne is a regulatory compliant crowdfunding portal that enables businesses and entrepreneurs to raise money through securitized ICOs.

So far in the blockchain industry, cryptocurrency projects have been funded by initial coin offerings (ICOs), a method of crowdfunding to raise capital for startup companies. However, ICOs gave birth to scams with many investors losing a great deal of money due to abandoned crypto projects and false promises.

In ICOs, investors receive tokens that are essentially useless until the project makes good on what it has promised. STOs hold a better potential for fundraising as investors can actually represent stakes in a company and share profits through investment in tokenized assets.

South Korean cryptocurrency exchange operators earned huge profits in 2017, helped by a frenzy over digital money. Last year, the virtual currency market suffered a setback due to a crackdown by regulators and prosecutors. Regulators have called for strong steps to prevent irrational and excessive speculative investments. A customer identification system was imposed, allowing only real-name accounts used for deposits and withdrawals in cryptocurrency trading.