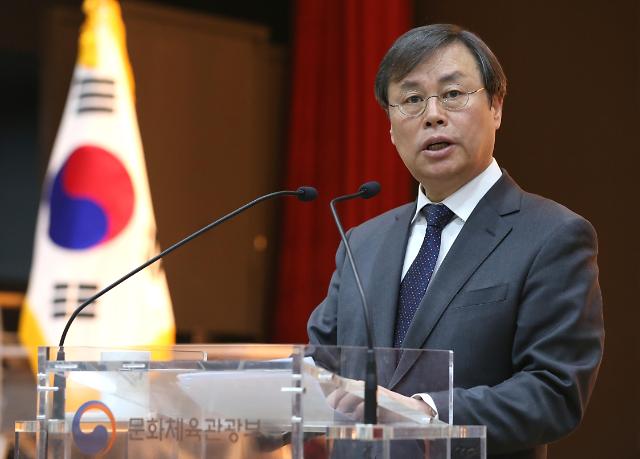 The probe targets athletes, trainers, coaches, sports leaders and officials at sports organizations. Elite athletes in state training centers and some 63,000 registered student players would be surveyed in a probe led by the National Human Rights Commission of Korea.

A committee of civilian and government experts will be formed to reform South Korea's sports community and culture, Do said, adding the government would seek balanced growth of elite and recreational sports.

"In order to fundamentally eradicate corruption in sports, it is necessary to walk away from the policy of prioritizing good records. Furthermore, we should not repeat the mistake of driving athletes to extreme competition and overlooking human rights violations under the name of contributing to our national prestige," the sports minister said.

Since its establishment in 1966, the Taereung training center in eastern Seoul has been the home of South Korea's sports activities, nurturing numerous Olympic medalists. Training facilities, gymnasiums and dormitories accommodate hundreds of selected athletes. A new training camp opened in 2017 in Jincheon, some 75 kilometers (46 miles) south of Seoul.

The Korean Sport & Olympic Committee has promised to change the military academy-style operation of state training centers since Shim Suk-hee, who served as the captain of South Korea's national female short-track speed skating team, claimed to have been sexually assaulted by her former coach, Cho Jae-beom, who is on trial at an appeals court.

Cho received a 10-month jail sentence in September last year for beating one male and three female skaters between 2011 and January 2018. Shim, 21,  accused Cho of having sexually assaulted her on multiple occasions since 2014. The attack allegedly began when she was a 17-year-old high school student. Her revelation fueled widespread public resentment.

In an ensuing revelation, Shin Yu-yong, 24, insisted she has been sexually assaulted by her former coach 20 times for four years. She said she was raped first in 2011 when she was a high school judo team member. The abuse allegedly continued even after she graduated.