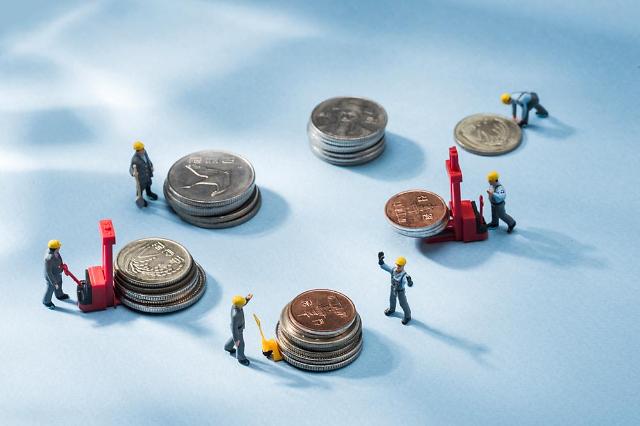 
SEOUL -- After a year-long study, South Korea's central bank decided to forget the introduction of central bank digital currency (CBDC) for a while, evaluating disadvantages such as social and economic costs over positive implications.

The Bank of Korea (BoK) concluded in a report on Tuesday that it would not issue CBDC for the time being, considering social and economic costs to be caused by institutional changes. A BoK task force was formed a year earlier to analyze the effect of virtual currency and CBDC on South Korea's financial market.

CBDC, also called "digital fiat currency," is a high-security digital instrument. Like paper bank notes, it is a means of payment, a unit of account and a store of value. It is different from digital currency or cryptocurrency, which is not issued by the state and lacks the legal tender status.

CBDC has been studied in other countries to realize positive implications it contributes to financial inclusion, economic growth, technology innovation and increased transaction efficiencies. But a general concern is that the introduction of CBDC would precipitate potential bank runs and weaken the funding position of banks.

CBDC can create new policy measures by adjusting its supply in addition to quantitative easing policies, the BoK report said, adding it may facilitate the tracking of transaction records and contribute to addressing illegal fund and underground economy problems. In terms of payments, credit risk is expected to decline.

Disadvantages enumerated by the central bank:

-- If economic entities hold some bank deposits as CBDC, bank deposit lending will decline and the effect of monetary policy spillovers may be weak. The central bank 's burden of work and operational risk can be increased by taking on the payment service of commercial banks.

-- CBDC can increase systematic risks by expanding the interconnection between financial institutions. The financial intermediation function of banks is likely to decline. If economic entities hold some of their bank deposits in CBDC, banks will have less deposits that can be financed at relatively low interest rates.