Basic model of Samsung's new flagship smartphone to come at $936 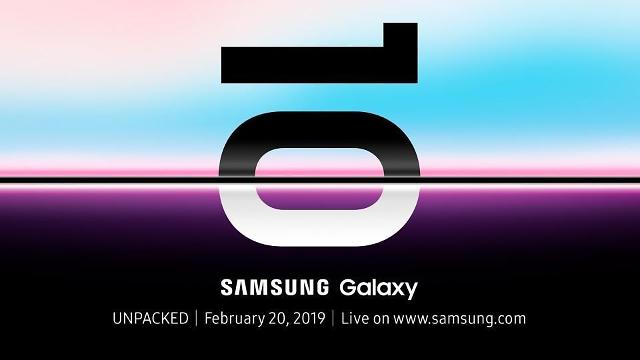 
SEOUL -- The basic model of Samsung's new flagship smartphone Galaxy S10 will come with a price tag of about one million won ($936), according to industry officials.

Samsung will start receiving pre-orders for S10 from February 25. Industry officials said the world's largest smartphone maker would release three variant models on March 8. The basic model with 125GB storage is priced at 1,056,000 won, which is about 10 percent more expensive than its predecessor.

Shim Eun-soo, head of Samsung artificial intelligence (AI) and software research center, said in a speech last month that S10 is capable of carrying out AI-related tasks. S10 will be showcased at an event in San Francisco on February 20.

According to leaked information released by online IT experts, S10 is likely to come with a 6.1-inch display with a punch-hole style front-facing camera. The camera was designed to avoid the "notch" design which has an island on the top edge to house a speaker, selfie cameras and sensors.