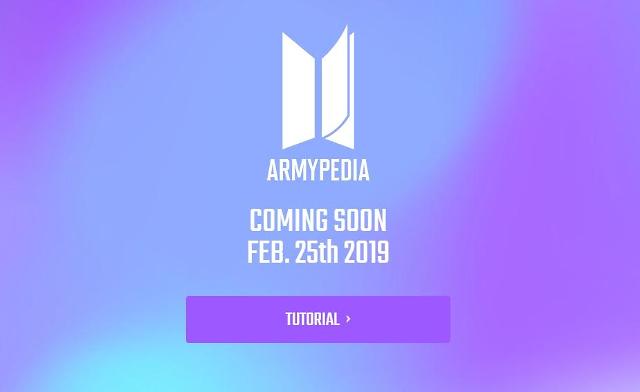 
SEOUL -- K-pop band BTS wants its fan club, ARMY, to collaborate in the creation of "ARMYPEDIA", a memory archive. The ARMYPEDIA website will open on February 25.

BTS has pre-opened a website for its global puzzle-solving campaign and its Twitter account on Friday. "From their debut on June 13, 2013 to today, BTS has been together with ARMY for almost 2,100 days," read an introduction uploaded onto the ARMYPEDIA website.

Fans should find 2,080 puzzle pieces scattered across the web and the real world. Each puzzle piece included a QR code and a number that represents a date between June 13, 2016 (BTS's debut date) and February 21, 2019. The QR codes provide web links to quizzes.

BTS has asked ARMY to cooperate and solve quizzes included in each puzzle piece to complete the memory archive in four weeks. When a quiz is solved, fans will be granted free access to that specific date, allowing them to upload pictures and posts. BTS said that special rewards would be given, depending on the level of participation. At the end, it will become an online memory archive of BTS.