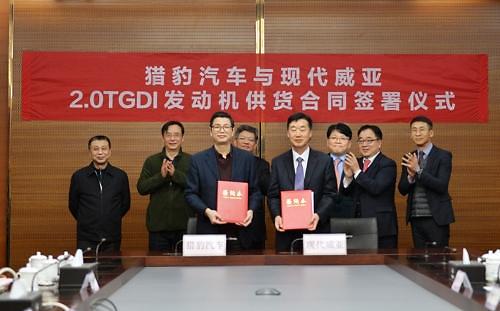 Hyundai Wia said Monday that its subsidiary in Rizhao, Shandong, signed a deal worth 840 billion won ($748 million) to provide GDI 2.0 turbocharged gasoline engines for a total of 300,000 Changfeng SUVs for five years, starting in August next year.

Gasoline direct injection (GDI) is a form of fuel injection, which has seen rapidly adopted by the automotive industry.