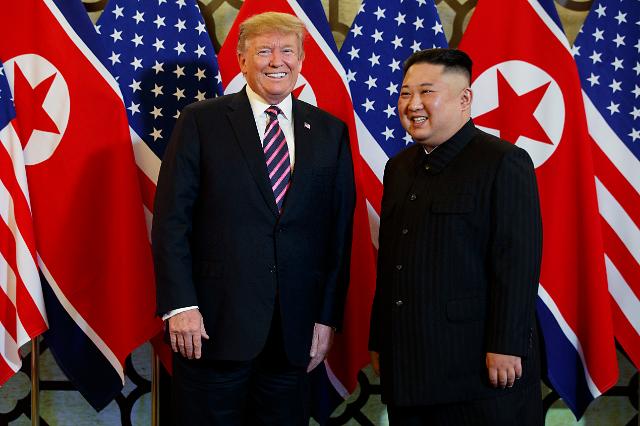 Feb. 25, 2018 -- Kim Yong-chol, a close aide to the North Korean leader, expresses an openness to talks with the United States in a meeting with South Korean President Moon Jae-in, while visiting the South for the closing ceremony of the PyeongChang Winter Olympic Games.

March 8, 2018 -- Chung Eui-yong, South Korea's presidential national security adviser, announces after a meeting with Trump at the White House that the U.S. president has agreed to meet Kim in May.

April 27, 2018 -- Moon holds his first summit with Kim at the inter-Korean border village of Panmunjom.

May 10, 2018 -- Trump announces on Twitter that the first-ever U.S.-North Korea summit will be held in Singapore June 12.

May 24, 2018 -- North Korea demolishes its nuclear testing site in Punggye-ri in front of a group of international reporters.

May 24, 2018 -- Trump cancels the summit over what he calls "open hostility" in North Korean officials' remarks toward Washington.

June 1, 2018 -- Kim Yong-chol delivers a letter from the North Korean leader to Trump at the White House, after which the U.S. president announces the summit is back on for June 12 in Singapore.

June 12, 2018 -- Trump and Kim hold a historic summit in Singapore, the first meeting between sitting leaders of the two countries, and produce a joint statement committing the sides to complete denuclearization of the Korean Peninsula, U.S. security guarantees for the North and the return of American troops' remains.

Trump also tells a press conference that he is suspending South Korea-U.S. military exercises to facilitate negotiations with the North.

Sept. 10, 2018 -- The White House says Kim has requested a second summit, in a letter to Trump, and the two sides are working on details.

Oct. 7, 2018 -- Pompeo makes his fourth trip to Pyongyang, accompanied by Biegun. The envoy later reveals that Kim committed to dismantling and destroying all plutonium and uranium enrichment facilities in exchange for "corresponding measures" from the U.S.

Jan. 17-19, 2019 -- Kim Yong-chol visits Washington for talks with Pompeo and Trump. The White House announces the second summit will be held near the end of February at a location to be announced in the future.

Feb. 8, 2019 -- Trump announces on Twitter that the summit will be held in Vietnam's capital, Hanoi.

Feb. 27, 2019 -- Trump and Kim meet at the Sofitel Legend Metropole Hanoi hotel to kick off their two-day summit.
(Yonhap)