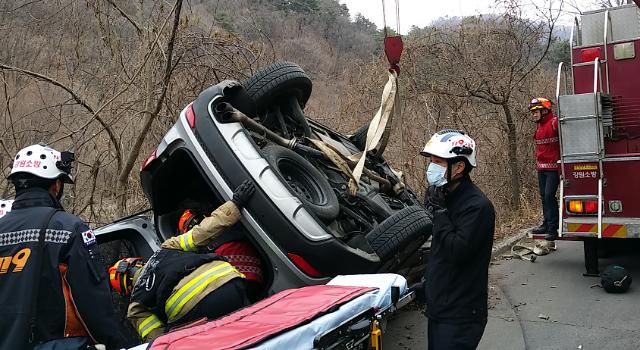 SEOUL -- Police said they are considering restricting elderly people's driving at night and on expressways as part of measures to improve the nation's traffic safety.

The National Police Agency (NPA) said Tuesday that it will map out comprehensive measures including law revisions by year's end to cope with a growing number of elderly drivers and traffic accidents caused by them.

Prohibiting aged drivers from driving on expressways will also be discussed due to concerns about speed-related traffic accidents, the NPA said. But the agency said it will consider selectively applying the new driving regulations to some elderly drivers who fail to meet certain criteria in cognitive function and night driving tests.

It said the new safety measures will be finalized after consultations with the Ministry of Land, Infrastructure and Transport and the associations of senior citizens and doctors.

According to police data, elderly people above 65 accounted for 14.3 percent of South Korea's population as of the end of last year, but they accounted for 44.5 percent of road accident fatalities.

"The current license system has only two options -- cancellation or maintenance. But elderly drivers should also be guaranteed their right of mobility. There is a need to create a customized licensing system in preparation for a super-aged society," an official at the NPA said.

The government has recently introduced several policy measures to encourage elderly people to stop driving. Starting this year, drivers older than 75 are obliged to renew driver's licenses and take an aptitude test every three years, instead of every five years. They are also required to complete two hours of training on traffic safety when renewing their driver's licenses.

In addition, many provincial governments are offering cash and other incentives for elderly drivers who voluntarily give up their licenses. Police data showed a total of 15,528 people, mostly senior citizens, gave up their licenses in the year leading up to January this year.
(Yonhap)