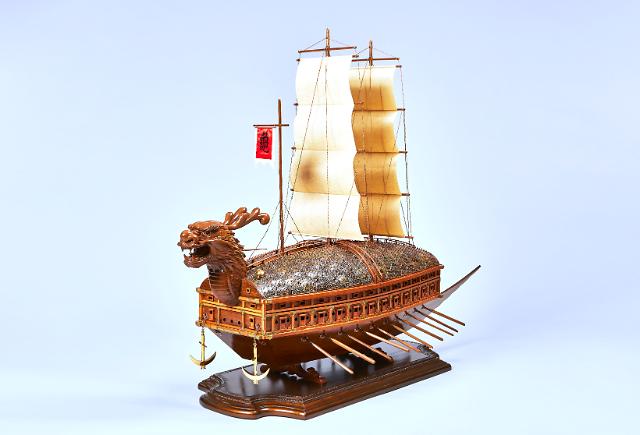 [Courtesy of the presidential Blue House.]


SEOUL -- A turtle ship model presented by North Korean leader Kim Jong-un during an inter-Korean summit in September last year will be displayed in a special exhibition at the office of Sout Korean President Moon Jae-in.

The turtle ship mode, which is 130 centimeters long, is one of 70 gifts Moon has received from foreign leaders. They will be on display at the presidential office from April 2 to June 30.

The original turtle ship was a type of a warship used in the fight against invading Japanese naval ships from 1592 to 1598. Due to its protective shell-like covering with iron spikes, it was often recognized as the first armored ship in the world. The most distinguishable feature was a dragon-shaped head at the bow that could launch cannon fire or flames from the mouth.