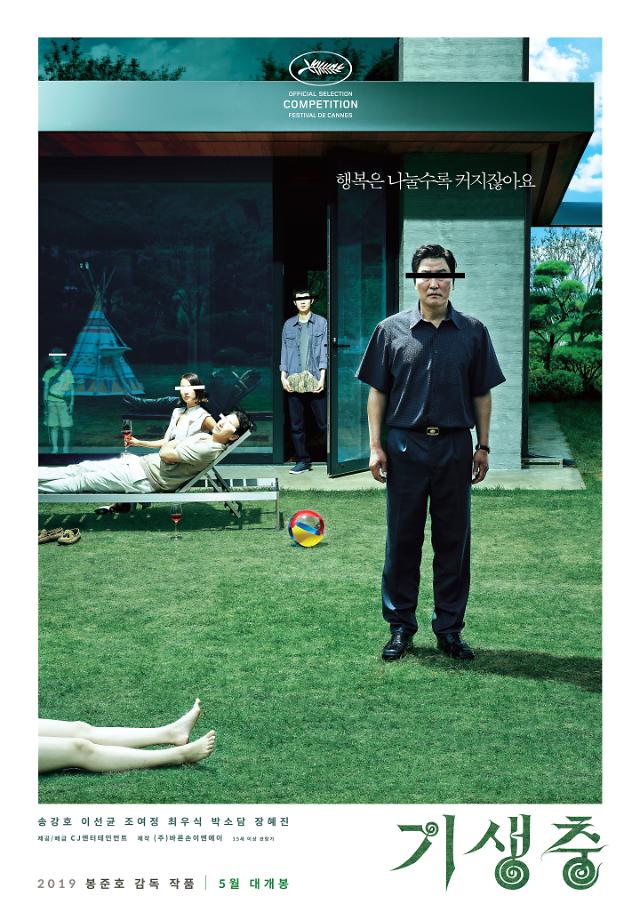 
SEOUL -- "Parasite", a film directed by Bong Joon-ho, was chosen to compete for the Palme d'Or, also known as the Golden Palm award, at this year's Cannes Film Festival, the world's most popular and prestigious film festival.

This is the second time for Bong to have his film included in the list of selected films which will compete for awards in Cannes. The 49-year-old competed for the highest Golden Palm prize with his 2017 film "Okja, which received a four-minute standing ovation after its screening at the film festival.

Bong stepped into the spotlight with his monster film "The Host" in 2006 and released "Snowpiercer", a science fiction action film, in 2013. He debuted on Netflix, the world's most popular over-the-top (OTT) video service, with Okja in 2017.

"Parasite", featuring South Korea's veteran actor Song Kang-ho, depicts a story about an unemployed family being entangled with a rich and powerful family through multiple, unexpected incidents. The film is scheduled to be released in May.

The Cannes festival began in 1946 as an invitation-only event in which avant-garde, documentary and other new films are reviewed and awarded. It is a big film event desired by many film directors.