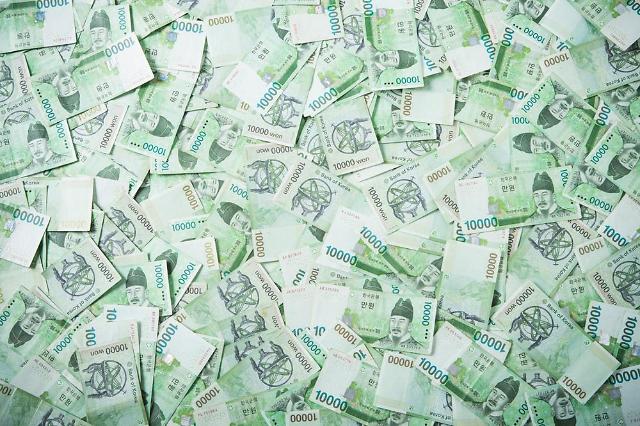 SEOUL -- South Korea demonstrated its commitment to jump-starting its sagging economy and tackling air pollution with the formation of an extra budget, the third of its kind under the Moon Jae-in government, but some experts questioned whether the latest measure will bring about its intended results.

The extra budget -- slightly more than half of which is to be funded by a debt sale -- is the latest in a series of economic stimulus measures that South Korea has taken in recent years to counter an economic downturn.

South Korea's exports, one of the two pillars for the economy, declined 8.2 percent in March from a year earlier, marking the fourth straight month that outbound shipments have fallen. Among those hit hardest are exports of semiconductors, one of the key export items of Asia's fourth-largest economy. Also facility investment and domestic demand show signs of a slowdown.

Reflecting such headwinds facing the economy, the Bank of Korea joined a move by other institutes to revise down growth estimates, by cutting this year's growth outlook to 2.5 percent from its earlier 2.6 percent. In March, global credit rating setter Moody's Investors Service trimmed its growth outlook for the economy this year to 2.1 percent from its previous forecast of 2.3 percent in November last year.

Hong Nam-ki, the minister of economy and finance, said earlier this week that the extra budget could provide momentum for an economic recovery in the second half and contribute to boosting South Korea's gross domestic product by 0.1 percentage point this year.

Lee Phil-sang, an economics professor at Seoul National University, said extra spending is not a fundamental solution to revive the country's economy. "The government should inject money by drastically pursuing a policy for innovation-led growth to ensure that the economy can be revived structurally," Lee said.

The Moon administration has been seeking to boost the hydrogen economy and other innovative sectors as new growth engines amid slowing exports and investment. Other segments that the government is focusing on include big data, artificial intelligence, fifth-generation network services, smart factories and bio-health.

Yun Chang-hyun, a professor of finance at the University of Seoul, said the extra budget could have little effect on the economy. Of the 6.7 trillion-won extra budget, the government set aside 4.5 trillion won for a series of measures to boost the economy while allocating 1.5 trillion won to try to reduce fine dust pollution.

The government also earmarked 700 billion won for strengthening anti-disaster measures following a devastating wildfire that raged through east coastal regions earlier this month. "We cannot say the government's efforts to revive the economy through an extra budget are wrong, but the extra budget is short of expectations," Yun said.

A team from the International Monetary Fund recommended that a supplementary budget should amount to 0.5 percent of South Korea's gross domestic product estimated at 1,800 trillion won last year. Yun said the government should consider taking measures to boost private investment and to lift regulations, instead of directly injecting money into the economy.
(Yonhap)