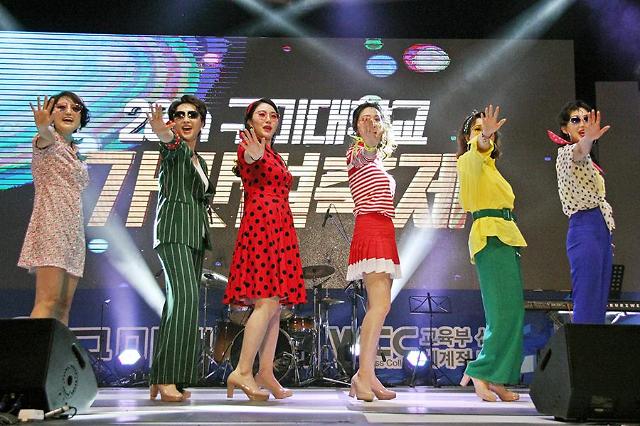 SEOUL -- A band of female professors dressed up in retro outfits has swept the dance floor at a university festival by showing off dance covers of popular singers including K-pop girl band Tiara. It is rare to have professors performing at university festivals, which normally feature professional artists to heat up the atmosphere.

"We have formed the band to provide students with joy and to be friendlier," Seok Mi-ran, a professor at Gumi University's School of Hotel & Tourism, said. She and five other professors have trained their performances since they formed "SSAAM", a retro dance cover team, in March. 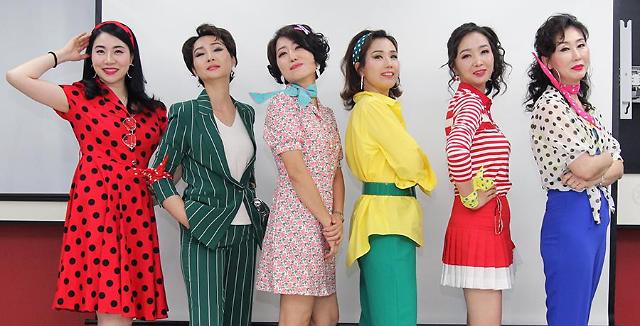 SSAAM drew thunderous applause from students after they covered two songs including Tiara's retro pop song "Rolly Polly" at the university's mid-semester festival at the campus in the southeastern industrial city of Gumi on Thursday evening, the university said in a statement on Friday.

"It was very tiring as dancing and singing were not easy, but the enthusiastic response of the students was worth the effort," Seok was quoted as saying.

"We only thought the professors as being passionate and strict, but I was surprised and deeply moved that they have prepared difficult dances for a long time to perform for us," said Yoon Ye-ji, a sophomore.